Rizzle Kicks have ignited a feud with wasps, sen­sa­tion­ally blasting the winged sting merchants for being "cunts" and "dickheads", ques­tion­ing their honour and mocking their inability to produce honey.

Having a chat with Q magazine, the 'Traveller's Chant' hitmakers first touch on the topic of bees, with Jordan from the band being broadly favour­able regarding the notorious pollen stans.

"Bees are almost hon­our­able, man," he muses. "Firstly they create some sweet, sweet honey. Which is fucking GREAT. Thanks, bees, for the honey. And if they sting you they die, so when it comes to stinging, they're really pas­sion­ate about what they do."

Warming to the theme, he continues: "They're like pas­sion­ate artists. Bees are like painters. All they do is give and give and give, and sometimes they give too much."

But it's bad news for wasps.

"Wasps on the other hand are just cunts. No honey, no passion, they just go around stinging children just because they can. They're fucking dickheads."

But Jordan provides a sur­pris­ing response to the question of whether he would rather be a bee or a wasp. "I suppose given the choice I'd like to be a focused missile kind of wasp, just stinging the shit out of other cunts. Jeremy Clarkson in the eye. BANG! Fuck you!" 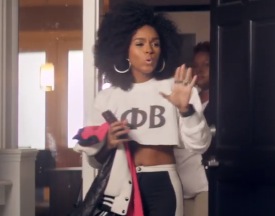