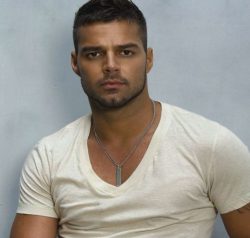 'Juego de Ajedrez' star Ricky Martin has teamed up with Nicki Minaj to launch a new lipstick, the proceeds of which go towards helping find a cure for AIDS.

Martin — who is the first man to sign up to work on MAC Viva Glam — said he was "honoured" by the company chosing him as a spokes­per­son.

"I want to talk about things that really matter and obviously HIV/AIDS is one of those – and in my case the cure for kids with HIV", he said in a behind the scenes video.

Minaj has previous MAC form having released the Pink Friday range with the company in 2011.

Melanie C has confirmed there will be no Spice Girls reunion