One Direction's next album will be out in time for Christmas.

Having a chat to — YOU KNOW IT — the Daily Star, the band's cha­ris­matic lead vocalist Louis Tomlinson confirmed it all using the following words: "We’ve already started recording the album, we started about a month ago."

"We’ve been writing and recording it while on tour. We are really happy with it," he continued.

But when will it be out, Louis?

"We don’t want to rush it but it will be out for Christmas."

Clearly Louis' insights weren't enough as the paper also asked a 'source' 'close to the band' for some extra information.

"There was talk about the boys taking some time off before the next album but it was decided to release the record while they are so popular," he or she explained.

"The band are going from strength to strength so it would be silly not to have an album out in time for the prof­it­able Christmas market."

Still, it would be good if it had more than two good singles on it. 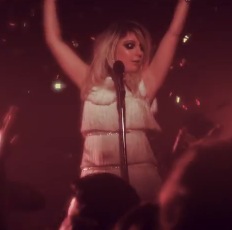