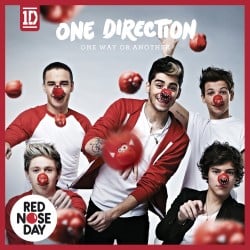 One Direction's per­func­tory charity 'mash-up' 'One Way Or Another (Teenage Kicks)' has become the fastest-selling single of 2013 so far, and last night knocked Avicii vs Nicky Romero off the 'top spot'.

The single sold 113,000 copies to become the band's third UK Number One single in 18 months.

Other acts getting a boost from the Brits include Resting Actor Justin Timberlake whose single 'Mirrors' climbs 24 places to Number 4, while 'Suit & Tie' climbs back up to Number 14.

Taylor Swift's 'I Knew You Were Trouble' climbs six places to Number 6 and your friend and ours 'Ben Howard' is a re-entry at Number 9 with 'Only Love'.

There are also new entries for Olly Murs at Number 23 and Tyler James at Number 38.

On the album chart, Emeli Sandé — OF COURSE — returns to the top spot with 'Our Version Of Events'. The album's now spent a total of nine non-con­secuat­ive weeks at the 'summit'.

The Brits also helped albums by 'Ben Howard', Taylor Swift, Mumford & Sons and Paloma Faith, who all climb in the Top Ten. 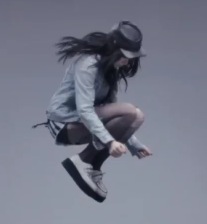 Carly Rae Jepsen — 'Tonight I'm Getting Over You'

Dragonette have covered a song from an American TV show