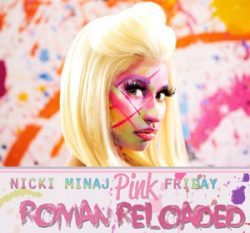 So far Minaj has 'unveiled' four tracks from the new album: the title track, 'Roman In Moscow', 'Stupid Hoe' and current single 'Starships'.

So anyway this happened earlier

Janet Jackson will not be joining US X Factor