Nadine Coyle feels she "went to the max" to make her solo album a success in the UK, but admits it was a "challenge".

In an interview with the Huffington Post US, Coyle says that the Number 26 placing for her debut solo single 'Insatiable' made her feel "over the moon. I was like, are you joking me? We have done this".

She reit­er­ated that there were a number of major label deals on the table but that she felt the chance to do things inde­pend­ently was too good an offer to turn down.

The interview is in support of her recent attempts at breaking the American market, the strategy so far seemingly being for her to play gay clubs sporting ludicrous wigs and tiny hats.

She's also got her new single 'Sweetest High', a song which grew like the delicate disco-tinged flower it is from a hummed melody Coyle sent to producers Vito Fun and Damian Major, along with the message, "I don't know if there's anything you can do with this, but I think this would make a good dance song". Sometimes doing songs really is that easy. 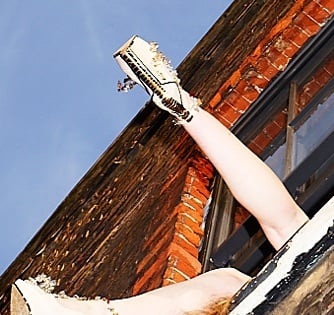 Nicola Roberts is in America