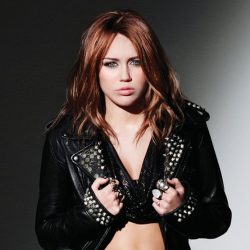 'Butterfly Fly Away' chanteuse Miley Cyrus is trying to have a "good time" on her upcoming record, pro­duc­tion team Da Internz have told MTV.

"She's rapping about like tap dancing, flipping over chairs, you know?" they said. "[And] crashing Lamborghinis."

"It's natural; it's not her trying to do like pop, four on the floor," they continued. "What she did was, I just feel like, was different and needed in the game and, then, for her a huge 'wow' factor."

Well who are we to argue with what the game needs, eh viewers?

The Jonas Brothers have completed their "mature" new album