Macklemore and Ryan Lewis are the UK's new Number One on the singles chart with their 'hilarious' ode to second­hand shopping, 'Thrift Shop'.

The highest new entry comes from Fall Out Boy at Number 5 with 'My Songs Know What You Did In The Dark', while Little Mix's 'Change Your Life' climbs 19 places to a new peak of Number 12, just shy of their fourth Top Ten in a row.

On the album chart the Les Mis soundtrack climbs back to the Number One 'slot' and real music cari­ca­ture Jake Bugg climbs four places to Number 2.

This week also marks the one-year anniversary of the release of Emeli Sandé's 'Our Version Of Events', which has spent that entire lifespan inside the Top Ten (!). The album is a non-mover at Number 4 this week.

But where on earth is Kimberley Walsh's 'Centre Stage' album we hear you roar? It's a new entry at Number 18. 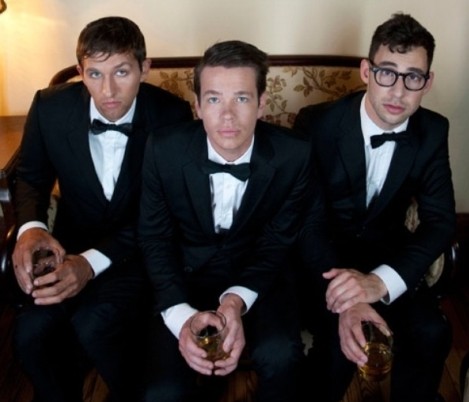 Fun. and Gotye both walked off with two Grammy awards last night

Some of the changes to The Voice UK have been announced