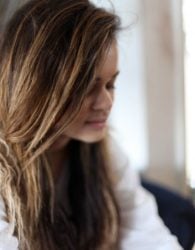 Good news for fans of Rita Ora who happen to be seeing her sing some songs in Manchester this month: you're also going to see above average popstar Little Nikki.

'Taking to Twitter' the 'Intro Intro' hitmaker announced: "Sooo I said I had exciting news guys… And here it is! I'm sup­port­ing @RitaOra on her Manchester gig later this month!!! Who's coming???"

While Nikki's not too hot on the specifics, we've worked out (looked on Google) that she must be playing at Ora's Sound Control 'gig' on August 29, which you can buy tickets for here.

Christina Aguilera might be on the new Cher album