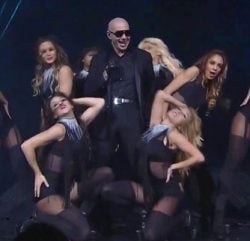 Pitbull has defeated a lawsuit filed by Lindsay Lohan in which she claimed he violated her "publicity rights and caused her emotional distress" after men­tion­ing her dis­par­agingly in 'Give Me Everything'.

We mentioned it all here.

The lawsuit was filed back in November 2011 and focuses on the following lyric from rap's very own Keats: "So, I'm toptoein', to keep flowin', I got it locked up, like Lindsay Lohan."

However, a judge has ruled that because the song is a work of art (ahem), it's protected by the First Amendment.

Lohan's lawyer had ques­tioned its validity as a piece of art (!) by saying it was basically released to make money.

"The fact that the Song was pre­sum­ably created and dis­trib­uted for the purpose of making a profit does not mean that plaintiff's name was used for 'advert­ising' or 'purposes of trade' within the meaning of the New York Civil Rights Law," the judge stated (as quoted here).

So there we have it: Pitbull is actually an artist. 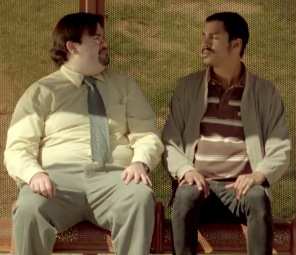