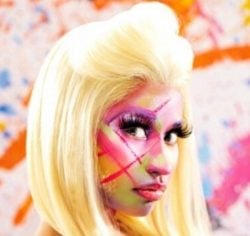 'Leather So Soft' hitmaker Lil Wayne told Nicki Minaj to pull out of the Hot 97 Summer Jam concert thing a few weeks back because "Nicki Minaj is a female".

'Breaking his silence' on the 'issue' to MTV, Wayne said: "That's a female; first and foremost Nicki Minaj is a female. I don't know what anyone else believes, but I believe females deserve the ultimate respect at all times no matter, when or where or how."

Minaj was of course upset after DJ Peter Rosenberg 'dissed' 'Starships' before she was scheduled to perform, resulting in her and other Cash Money acts being pulled from the show.

"As soon as she called me and told me she felt dis­respec­ted, I just declined everything," Lil continued. "I pulled her from the show because… No person that works with me will be dis­respec­ted in my presence as long as I'm on this planet."

In fact, Wayne's pretty sure they should have treated her like royalty: "I expect the red carpet, in her manner; the pink carpet should be laid out for her."

The Voice tour has been scrapped due to poor ticket sales

will.i.am's forthcoming album sounds like a bit of a mess to be honest