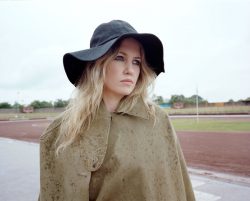 In an interview with showbiz website DigitalSpy, Ladyhawke has spoken about the delays that have beset the release of her second album 'Anxiety'.

"It's been a massive pain in my arse," she confessed. "This album has been done for a while now… It's frus­trat­ing because I've been mentally prepared for a March release. This album is like a tumour and I just want it out of me now!"

One of the reasons why the album is coming almost four years after the first is the singer's own exhaus­tion.

She explained: "I'd been touring since 2010 and I stupidly thought I could go straight back into writing another album, but I was exhausted. My producer Pascal Gabriel came out to New Zealand to work on it but I kept falling asleep during the sessions! It was time for a break."

The first single from 'Anxiety', 'Black White & Blue', is out now. The album will be released on May 25. 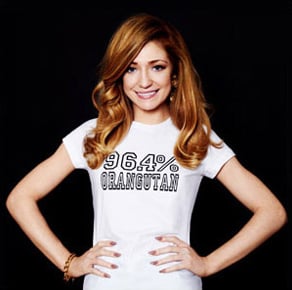 Nicola Roberts has donated to an auction in aid of orangutans

Demi Lovato likes to Google herself