It's been a busy week for popstar smells and big band afi­cion­ado Lady Gaga's announced details of her new 'scent' called — wait for it — Eau De Gaga.

Which is distinct from her Tony Bennett album which looks more like a case of 'oh dear, Gaga'. RIGHT GUYS??

Anyway, having a chat with some of her fans on Twitter after they didn't believe that she has actually called a perfume Eau De Gaga, she said that is was a "unisex scent, inspired by the adven­tur­ous woman and the man who loves her".

Presumably she means man or woman, given that there is strong evidence these days that les­bi­an­ism almost certainly exists.

Apparently the smell's base notes are "sparkling water, lime, leather."

Asked by a fan if they could get a "100% male version", the 'GUY' hitmaker replied: "[You] don't need it with this fragrance. It is an extremely sexy and arousing smell for all genders. Alluring and ready for sex."

Apparently Gaga's first perfume Fame has sold over 30m bottles and earned over $1.5 billion (!) worldwide so you can see why she'd be keen to keep this par­tic­u­lar gravy train running. 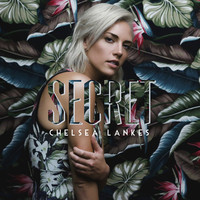