'Unconditionally' hitmaker Katy Perry's next single will be the non-excellent 'Birthday'.

The single was announced via some sort of thing on Twitter that involved fans getting the word 'Birthday' trending worldwide which would then reveal the single's cover in full.

It's that image above, obviously.

So that's it really. Katy Perry's next single is 'Birthday'. 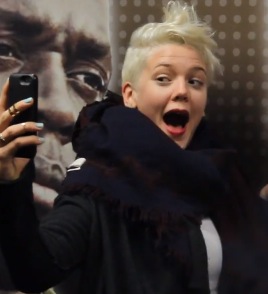 MNEK, Chvrches and various other pop-related people will be at Glastonbury