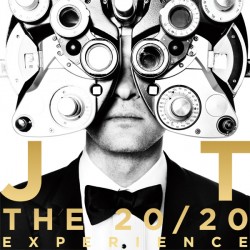 The album, which included 'Mirrors' and some other stuff nobody's really listened to since April, was released in March and has sold 2.43m copies, making it the only album 'across the pond' to sell more than 2m in a year.

(While that sounds quite impress­ive, it's the lowest-selling end of year best­seller since records began, which isn't great. Mind you records only began in 1991 so it's not all bad news.)

In second place last year was Eminem's 'The Marshall Mathers LP2' with 1.73m, while Beyoncé's 'BEYONCÉ' finished eighth with 1.3m sold in about three weeks.

As with the UK, America's biggest-selling single was 'Blurred Lines', 'shifting' a ridicu­lous 6.5m copies (!).

You can read about it all in more depth here if you like.

Charli XCX has written an "awesome" song for Rita Ora