Your friend and ours Justin Young from The Vaccines has been talking about how enjoyable it was to write songs with One Direction.

"It was a really inter­est­ing creative process, writing with pretty much the biggest pop band on the planet," he told BBC Newsbeat backstage at the NME Awards.

The somewhat unlikely 'collabo' was first 'revealed' by One Direction frontman Niall Horan in January.

"I felt like I took so much from doing it. I've always said I love pop music and how much I want to write pop music."

But do they con­trib­ute anything, Justin?

"It's the first time I've ever done anything like that. They do indeed con­trib­ute." 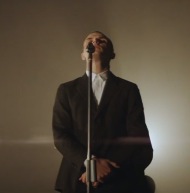