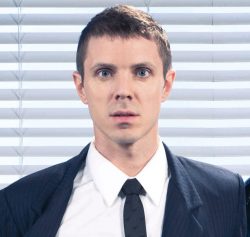 Explaining the name he said: "Crystal Pepsi was a drink that Pepsi put out in the very early 90s that was a total flop. It tasted like cola but it looked like Sprite. It lasted for about five minutes."

While the new Scissor Sisters album is now in its final stages, Shears added: "It's fun for me to do stuff that's just so different from Scissor Sisters. And just, like, bang out crazy [tunes]."

Crystal Pepsi's 'SF Underground Mix' is available as a free download on their Soundcloud.

It's bad news for Bon Iver