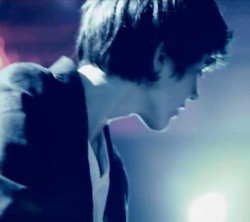 Yesterday we told you that Actual Genius Madeon was sup­port­ing Lady Gaga in Toronto. Well, it turns out he's sup­port­ing her on the entire North American leg of the Born This Way Ball Tour, so that's good news.

If you're Amercian or planning on trav­el­ling to see the 'Marry The Night' hitmaker on her tour and would like to know spe­cific­ally which dates Madeon will be at then have a look below.

Robbie Williams has become a dad!