Quite good US girlband Fifth Harmony have chosen the United Kingdom to be pretty much the last global territory in which to release their excellent pop music.

The song they're hoping will entrance the British record-streaming public is the decidedly above average 'Sledgehammer', which is out on December 7 and sounds exactly like this:

To assist the song on its route to imminent chart notoriety, the 'girls' will perform it on The X Factor — also on December 7, coin­cid­ent­ally — which isn't bad for a UK TV debut.

Simon probably helped a bit with it all, but let's not get bogged down by all that and focus on the music.

Just as a quick 'refresh' here's some blurb we stole from a press release:

”With two Gold-certified singles in the US and a global army of fans, the fierce fivesome are now ready to take on the UK charts and take to the UK X Factor stage with their debut European single ‘Sledgehammer’. Written by global chart-topper Meghan Trainor, the track couples the girls impress­ive vocals with a sweet hook that demands multiple listens. “With an EDM-meets-new-wave beat and an immediate hook, ‘Sledgehammer’ is the best pop track about the physical effects of love­sick­ness since Demi Lovato’s Heart Attack’,” Billboard declared while Teen Vogue named it their “favorite song the girl group’s released… ever.” Winners of the ‘Artist To Watch’ Moonman at the MTV VMA’s, Fifth Harmony rep­res­en­ted North America in the battle for ‘Best Worldwide Act’ at the MTV EMA’s in Glasgow over the weekend, after over­whelm­ing fan support and were also crowned ‘Best US Act’. The group were also nominated for the ‘Artist on the Rise’ award. 2014 has been nothing short of sen­sa­tional for 5H. With even more chart success, a huge US tour with Austin Mahone, six US Teen Choice Award nom­in­a­tions, two Radio Disney Music Award wins including the ‘Breakout Artist’, and a part­ner­ship with Mattel that has seen the release of their own Barbie doll range, their arrival in the UK could not come at a better time. With their highly anti­cip­ated album due next year, 2015 is on course to the biggest and most exciting for Harmonizers around the world."

And that is that. 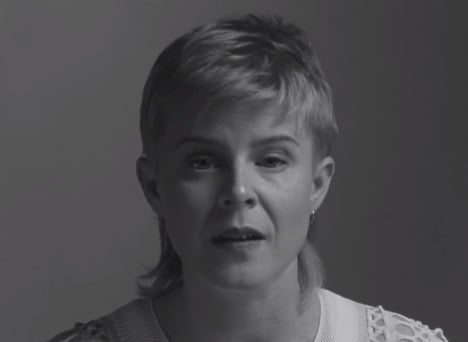 Robyn (and Kindness, apols) — 'Who Do You Love'