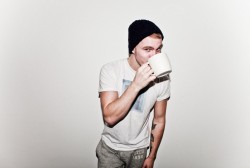 It's appeared at the bottom of this post so you might as well give it a 'spin'.

What's the song about then Edward?

"During my time on the labels I saw 8 A&R guys get fired, and, with each firing comes a new regime and the need to build new rela­tion­ships. It was making me miserable, and I’m not normally like that. I def­in­itely had a time when I thought ‘is it worth it?’. But through­out it all I had people (like Professor Green for example) give me advice and I always believed it would happen, no matter how low I got."

Mutya Keisha Siobhan have announced the title of their debut single