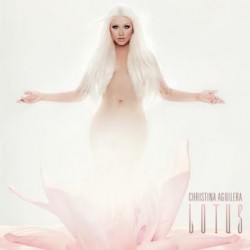 Christina Aguilera doesn't read blogs because they're usually written by people in "Buttfuck wherever" and tend to just be full of "hate shit".

Banging on at the Billboard/Hollywood Reporter Film & TV Conference thing, she said: "I don't read blogs. It's just God-knows-who in Buttfuck wherever writing hate shit."

"You can't take it seriously. I'm sure you've all been hated on at some point by buttfuck people," she added.

Asked if she watches any of the other TV talent shows other than The Voice US, she explained: "I saw the com­mer­cials early on of American Idol of Simon being a dick. I was like, 'Man, that's not what it's about!' I didn't want to treat people like that."

"I wanted to do The Voice to show that we can be positive. We don't have to knock people down."

As if to accen­tu­ate most of the things she'd said before, she then added: "Shit happens, man. This is the business. It's not going to be all cute and pretty and tied up in a little bow."