Talking to Bliss magazine, Lloyd said: "If I could have a boyfriend like [Mr Bean] for a day, I think I’d be very, very happy, because he doesn’t speak does he?"

She also let slip that the socially awkward comedy twat also shows up in one of her songs, in the lyric "please don’t say a thing, Mr Bean".

When asked about why she gets so much 'attention' from The Haters, she was typically humble. "I think it all boils down to their own insec­ur­it­ies — if you’re unhappy with yourself, you’re going to pick on someone else, and that’s what they’re doing. I feel sorry for them."

She also referred to Simon Cowell as "Uncle Si", says she texts him but never puts kisses and that she calls her fans 'brats' "because they’re feisty. I don’t even have to open my mouth- they do it for me. I couldn’t do it without them".

Melanie C — 'Think About It' 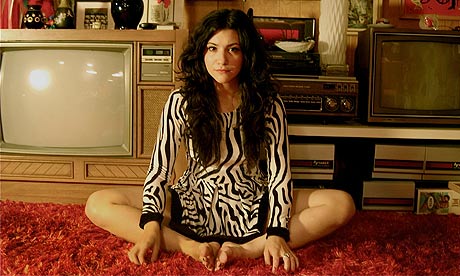 Alex Winston is going to release an EP in September