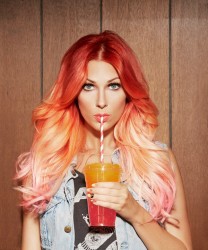 Above average song­writer Bonnie McKee has called her album a "pop explosion".

The poten­tially good popstar chatted away to MTV News about her upcoming opus, labelling it a "deep album disguised as a pop explosion".

Notes McKee: "I kind of like to fuse the singer/songwriter thing with a modern pop stuff because I do love pop music. I was raised on Michael Jackson and Madonna and Prince and all these people [and] that's what I want to hear. I hear Janet Jackson and I get psyched; and I hear Carole King and I get psyched. But I like to dance, per­son­ally, so that's where I'm trying to go."

Don't we all Bonnie. Anything else?

"When I wrote 'American Girl,' I felt like it was the quint­es­sen­tial Bonnie McKee song. It was really bright visuals and colourful pictures and that's kind of what I wanted to do was give my fans a glimpse into my head and what my life was like as a teenager growing up in America. I wanted to give my own American experience." 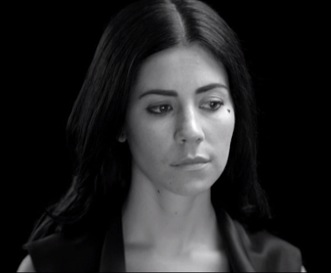