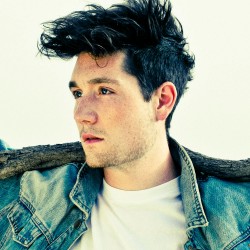 Bastille, Disclosure, Rudimental and Ellie Goulding have all been nominated for more than one Brit Award.

Bastille and Disclosure are up against each other in four cat­egor­ies; British Group, British Breakthrough Act, Best Single (for 'Pompeii' and 'White Noise' respect­ively) and British Album Of The Year ('Bad Blood' and 'Settle').

Rudimental are up for Best British Single for 'Waiting All Night', British Album (for 'Home') and British Group, while Ellie Goulding — who will also perform on the night — has been nominated twice in the Best Single category (for 'Burn' ('Bum') and 'I Need Your Love' with Calvin Harris) and for Best British Female.

Elsewhere, Jessie J, Laura Marling, Laura Mvula and Birdy are also up for Best British Female, while per­son­al­ity vacuums Tom Odell and Jake Bugg will 'battle it out' with David Bowie, James Blake and John Newman for Best British Male.

Outside of the UK, Lady Gaga, Katy Perry, Janelle Monae, Lorde and Pink will attempt to win International Female Solo Act, while Bruno Mars, Drake, Eminem, Justin Timberlake and John Grant are all 'vying' for the male equivalent.

There will also be a Best Video Award which will be voted for via social media on the night of the awards, which take place on February 19.