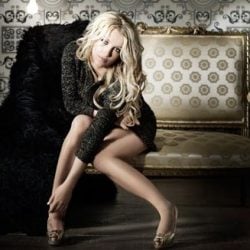 According to a "well-placed source" Britney Spears is close to signing a contract to become a judge on the next series of  US X Factor.

The Hollywood Reporter claim that her fiancé and agent Jason Trawick is nego­ti­at­ing the contract and that it could be made official as early as next week.

Helpfully, a "high ranking show exec" told The Hollywood reporter that the perfect choice for a new judge would be someone who lived in Los Angeles, has some exper­i­ence of the music business and is also a parent who might want to spend time with his or her kids.