The MJ Cole remix of Mutya Keisha Siobhan's 'Flatline' has appeared online after it was played on BBC 1Xtra last night.

The remix is one of those ones that doesn't really keep much of the original vocal, but it's better than the Klaxons one so that's something.

It also looks like 'Flatline' will now be out on September 15, as opposed to September 1. 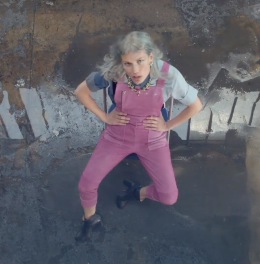