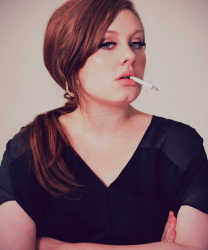 Adele's second album '21' is now the biggest selling album in the UK this century.

Having been released just over 10 months ago, Adele's achieve­ment is quite 'something'.

According to The Official Charts Company, she has shifted a mammoth 3.4m copies, over­tak­ing the previous record made by Amy Winehouse's 'Back To Black', which has sold 3.3m copies.

As well as this, the album has just spent its 45th con­sec­ut­ive week in the Top 10, rising four places to Number 5. With four weeks of December to go, it's probably going to stay in the Top 10 for the rest of the year. And at this rate, until the end of time.