3. Yes we get the general idea, Grace is an oth­er­worldly freakobot who is not male or female or human or animal or natural or synthetic or whatever, she is an entitity which cannot be containedzzzzzzzz. 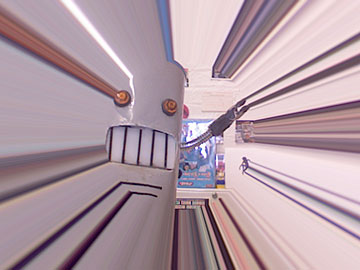 5. We would hope this is some sort of 'vibey' teaser for an album featuring lots of big pop songs about bumming rather than 'Gollum Sings The Hits Of Massive Attack On Ketamine' but we will have to see.

Pendulum — 'The Other Side'