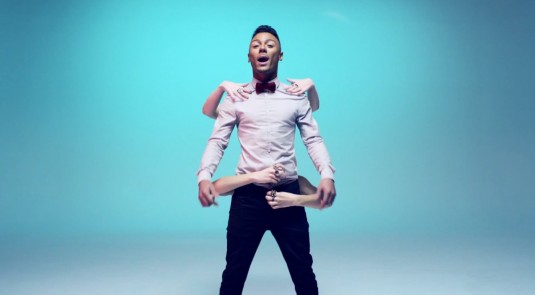 When Marcus Collins walked onto The X Factor audition stage last year, it felt like here finally was the chance for The X Factor to feature a popstar who was openly gay from the beginning. Here was a chance to do away with the tabloid exposés and and 'Twitter hackings' that gay popstars from the olden days had to put up with. Maybe, seeing as Marcus seemed generally up-front about it all, it would just be NBD. Maybe, you hoped, we could just carry on as we were.

But in the video for 'Seven Nation Army', he was poked, jabbed, slapped and tickled by four female hands, who grasped at his fly like the ZZZap! Handymen on a fruity Saturday night out.

When everyone voted for Marcus on The X Factor, it was because he could sing and/or was fit, and we all knew about his excur­sions down Eton Road but that didn't matter. When he performed 'Reet Petite' in the live shows the pastel-hued dancers were a winking nod to Hairspray-style campery. It looked like everybody was having a nice time, and that perhaps we could have a little laugh with Marcus about it all. It seemed like the tone had been set for gender-non­spe­cific frolics, and perhaps a video from Marcus might look like a glossed-up, doo-wopped version of 'The City' by Patrick Wolf. What we even­tu­ally got just feels odd. Was this dry, joyless video really a safer career move than having a jolly down Brighton Beach with some mates-for-pay?

On the 'flip-side' of 'Seven Nation Army', there was a song called 'Break These Chains' which you might sit quite com­fort­ably alongside the 80s-influ­enced disco-house of Azari & III or Scissor Sisters' 'Nightwork'. 'Break These Chains' is a better song than the single, but it's the last track on the album and precisely 17 people will ever hear it.

Of course, sexuality doesn't have to be the primary, ram-it-down-your-throat point of pop per­form­ances. The genius of the 'Leave Right Now' video is that you never see the addressee in the art gallery. In his Attitude cover interview, Marcus said that anyone who debated whether he was address­ing his song to a woman or man "needs to find something better to do with their time", but someone sat down and decided that in Marcus' debut, image-defining video, women would grope at his pleather and chinos, and that he would look pretty pleased with himself while this is going on. If that's not worth raising an eyebrow of my own to, I don't know what is. 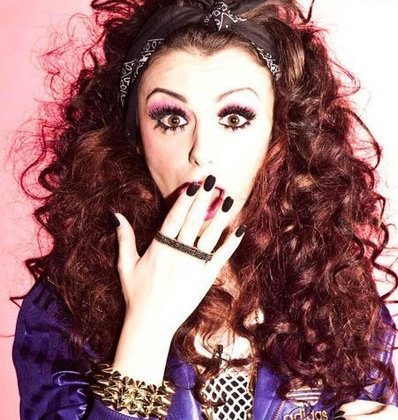 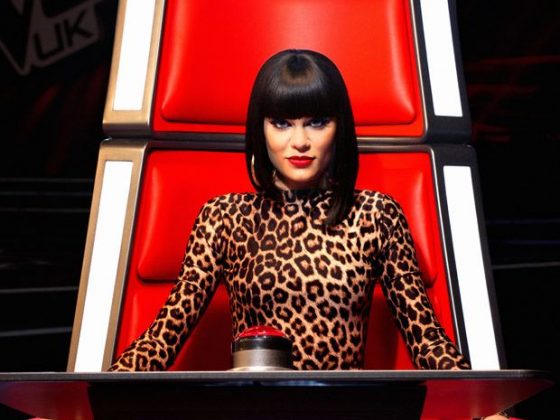 Jessie J needs you and apparently you need Jessie J