Last night prolific tunesmith La Roux played her first 'gig' in London for about four years at somewhere called Conway Hall in Holborn. It was, without exag­ger­a­tion, really rather great.

With that detailed analysis out of the way, here are some pictures I took of things I saw, some of which you may or may not find interesting.

Firstly, the venue was peppered with cardboard cut outs of Elly striking different poses. This one below was near the 'merch' table, which had a rather fetching La Roux t‑shirt that I could never pull off, though it might work on a slightly more sar­tori­ally extra­vag­ant person. Obviously I imme­di­ately decided that I would waltz off with one of these at the end of the night after a few La Roux-themed cocktails (more on all that later), but some fool had actually tied them onto poles with wire.

Here's another one I like to call La Loo. Or La Poo. Going In For A Piss? Quickshit? No? Fine. And then there was this one of Elly loitering at the bottom of a stairwell. Please note the security guard, who has clearly been briefed re my klep­to­maniac intentions. This being some sort of 'launch' or 'industry' thing (Maxi Jazz form Faithless was there, for example), there were a couple of bars serving  themed cocktails.

Here's the front of the menu. Here's the inside of the menu. The Silent Partner was nice, thanks for asking.

Now then, let's just ignore the fact that they've spelt one of the track titles wrong, because it was a lovely evening with no space for negativity. That image above was taken during 'In For The Kill' and looks quite nice doesn't it. You can't really see in this picture but Elly was wearing a green shirt with a red jacket over the top, which is a bit of risk 'fashion wise' but she managed to pull it off.

Basically, I'd recommend popping along to see her in a live scenario if you get the chance. 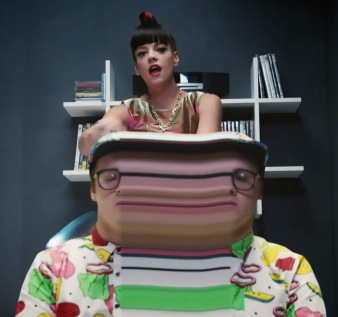 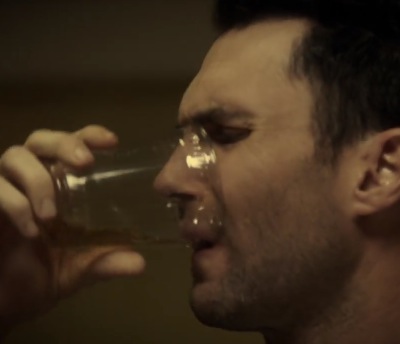