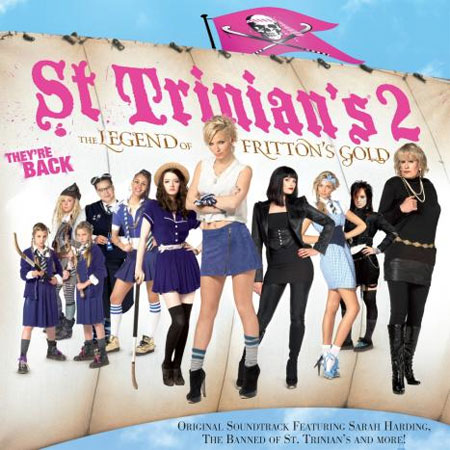 1. It features three Sarah Harding solo tracks (including a David Bowie cover the less said of which the better).

3. There's some other stuff by The Saturdays, Girls Can't Catch, Florence & The Machine 'etc'.

4. It sounds a bit like the first draft of a Girls Aloud album. You'll know what we mean when you give it a proper listen — most of the songs sound like they would benefit from a bit more magic dust — but it's a pretty great soundtrack album, is far better than it really needs to be and is, we imagine, about 100 times better than the film.

We'll have some more clips up through­out the week. Hurrah.