The internet is full of things that don't really exist until the internet and computers, triggered by a human, make them happen.

Recently, for instance, Amazon was in the news over some terrible t‑shirts whose slogans were, sup­posedly, created by an algorithm. The company respons­ible for the t‑shirts floods Amazon with automated listings (over half a million when t‑shirtgate kicked off)  for items that will be printed only when someone orders them. The logic is that, a bit like email spam, it only takes one person to make a purchase for the whole thing pay off.

There are parallels with the dozens of karaoke cover versions that appear on music streaming services, as soon as a single becomes popular, by artists called things like 'Piano Tribute Players' and 'Pumped Up DJs' and 'The LA Fitness Crew'. Here's what you'll find on Spotify under 'We Found Love', for example.

Presumably the logic, again, is that if a musician ('MUSICIAN') floods Spotify with enough covers, they somehow stand to make enough money from people unin­ten­tion­ally streaming a shit version of a song to make the whole sorry enter­prise worth­while. Given the royalty payouts Spotify offers the margins must be absurdly tight, but there you go.

One of these weird projects stands out from all the others, and we've returned to it several times since we first somehow noticed on Spotify a couple of years ago.

It's an album by an act called The Numbers One. Google doesn't seem to offer any inform­a­tion beyond auto­mat­ic­ally generated listings from other streaming sites and services (it's on Deezer, you'll be pleased to hear). The album is called 'Ranking Now' — it was released in 2010 and features stu­pendously wrong-sounding covers of hits from that era. Our favourite is Taio Cruz's 'Dynamite', although 'California Girls' and 'Airplanes' are both worth listening to as well.

This is the album.

It's hard to explain exactly what makes 'Ranking Now' such a mys­ter­i­ous album.

There's the fact that The Numbers One don't seem to have existed before, or since, this solitary release. Then there's the way the artwork gets the album title wrong, as if a computer has auto­mat­ic­ally spewed the title's two words out in alpha­bet­ical order while pulling in a generic 'music' picture from Google Images. And of course, there's the way the music itself sounds. It sounds as if it has been made by humans, because how could a machine get it this wrong, but what human would make this music? Could it be some sort of exper­i­ment into arti­fi­cial intel­li­gence? Or did the album not even exist at all until we pressed play for the first time?

It's all a bit of a headfuck really but we're just going to listen to 'Dynamite' one more time. At the very least, it's better than the Loveable Rogues single. 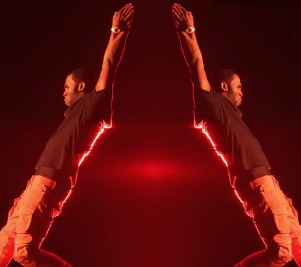 Jason Derulo — 'The Other Side' 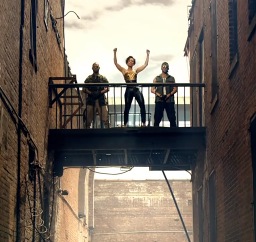