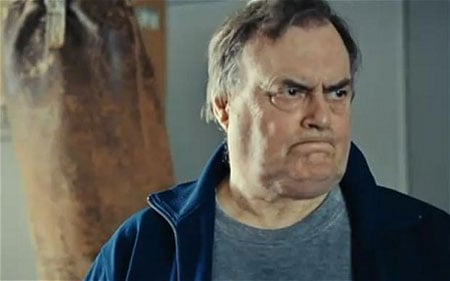 John Prescott: a sound chap with an impress­ive political record and a strong moral compass, but you wouldn't want to have sex with him.

This — along with getting roaring drunk and perhaps indulging in a bit of the old 'you know what' — is the topic of the new Nicola Roberts b‑side 'Disco Blisters & A Comedown'. "Why do the lights in the kebab shop make this guy look less hot?" Nicola ponders in the song's chorus. "He's
looking like John Prescott."

Nicola first mentioned the track in a
tweet to us at the start of May and we thought she was joking. She
was not joking. She was deadly serious. It should come as no surprise, since
Roberts knows better than most that pop is no joking matter.

For reasons that may only really make sense many centuries from now the song is only available on the 'Beat Of My Drum' CD single, which you can pre-order here. (That's right viewers — this single still isn't actually 'out'.)