It’s week three of the Big Reunion, and time for a girl group special as double denim rule breakers B*Witched and the UK's very own Destiny's Child (hmm…) The Honeyz both reflect on the highs and lows of being at the afford­able end of pop super­star­dom circa 1998.

Formed in the late 90s, B*Witched consisted of Edele & Keavy – the twin sisters of 'tattooed Boyzone wild man' Shane Lynch, and their friends Sinead Carroll and Lindsay Armaou. Despite being rebuffed by Louis Walsh (HM…) they soon found them­selves sharing a manager with "UK Hip-Hop Act" PJ & Duncan, and set about recording their debut album. 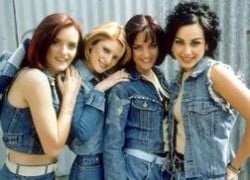 Despite some initial mis­giv­ings about the bubblegum direction they were being pushed into (they pre­sum­ably saw them­selves as more of a rock act) they took off like smiley Irish rockets when debut single 'C’est La Vie' went straight to Number One.

London duo Celena Cherry and Heavenli Abdi – otherwise known as The Honeyz — dreamed of becoming the UK’s answer to En Vogue, but when they signed with Mercury records they were forced to add a third member – Naima Belkhiati — who gave great face but couldn’t really sing. Nevertheless, the trio scored instant success with soulful ballads such as 'End Of The Line' and 'Finally Found', enjoying lengthy res­id­ences in the Top Ten. World dom­in­a­tion seemed imminent etc etc.

The first shock rev­el­a­tion of this show is that the girls were forced into wearing all that denim in order to appeal to a younger audience. "We were just totally denimed out," admits Lindsay ruefully.

But fabric fatigue would soon give way to deeper problems as the record company singled out Edele as the group’s lead singer – pushing Keavy, Lindsay and Sinead into the background.

It was a similar story over at Honeyz HQ, where Celena was quickly pushed into the Diana Ross role, leaving the other two as pouting spare parts. Resentment inev­it­ably followed, and as the group prepared to sign a US record deal with Def Jam, Heavenli quite literally did a runner.

B*Witched scored an amazing four con­sec­ut­ive Number One singles from their debut album ('Blame It On The Weatherman' is the best one), and even had success in America. But six months away touring the states with *NSYNC gave their UK fans time to move on, and when their comeback single 'Jesse Hold On' only got to Number 4, panic ensued. The record label encour­aged them to 'sex up' their image, but swapping fiddles for FHM shoots failed to arrest their decline.

Not only that, the pressure of constant touring and life in her twin sister’s shadow caused Keavy’s patience to well and truly snap on a holiday in Portugal, bringing the group to crisis point. "We weren’t people any more, we were a product!" sobs Edele.

Heavenli’s abrupt departure cost The Honeyz their American record deal, and the prospect of the group’s premature demise brought about a philo­soph­ical crisis for Celena. "If I wasn’t a part of the Honeyz, what was the point of existing?" Indeed.

Temporary salvation came in the form of ex-Solid Harmonie singer Mariama Goodman, who stepped in to replace Heavenli. More hits followed — including the amazing 'Won’t Take It Lying Down' – but then she stropped off after evil Naima tried to seduce her boyfriend on a video shoot.

To further confuse matters, Heavenli was brought back in again ("It was… frosty…") but by now the revolving lineup was starting to put Honeyz fans at risk of epileptic seizures, and when even recording the theme song to The Nutty Professor II: The Klumps couldn’t get them back in the Top 20, the game was clearly up. 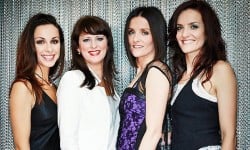 When their single 'Jump Down' only got to Number 16, B*Witched’s record company pulled the plug. Sinead went on to form a talent academy where she teaches small children how to dance like Jessie J. Lindsay went into acting, playing a 'saucy nun' in a low-budget Britcom starring Deano from Eastenders. Edele and Keavy’s brief turn dressing up like Lady Gaga’s slightly embar­rass­ing aunts in electro-pop duo Barbarellas is not mentioned. :(

As they prepare to reform, Edele worries about recon­nect­ing with Sinead. "It was like a marriage without the sex,” she explains. Keavy and Lindsay also seem worried about being pushed into the back­ground again. Will B*Witched 2.0 see them finally get their moment in the spotlight? 'Only time will tell'… With no-singing, all-boyfriend-stealing trouble­maker Naima out of the picture for this reunion, the resurgent Honeyz features yet another brand new lineup con­sist­ing of Celena, Heavenli and Mariama. "It’ll be nice to be in a group where everybody can sing instead of one person’s mic being switched off," enthuses Heavenli.

There’s the inev­it­able Steps moment where the three women sit around a table and clear the air. "We’re the two women who left you in the lurch," Heavenli offers dip­lo­mat­ic­ally. "After you left, I was on a Hev hate mission," Celena replies. Poor nice Mariama doesn’t really have a lot to con­trib­ute to this dis­cus­sion and is forced to sit looking faintly uncom­fort­able while the two warring titans cry onto one another’s shoulders. Peace is – tem­por­ar­ily — restored at Honeyz HQ. Hooray for closure!

Next week, now that the ret­ro­spect­ives are all done with, it’s time for the groups to start comeback pre­par­a­tions in earnest. There will be dancing, bitching, more shock rev­el­a­tions and Kerry Katona making a fantastic face when she learns that what must have initially sounded like a fast buck for a couple of days work has turned into a full on arena tour. Don’t even think about missing it. 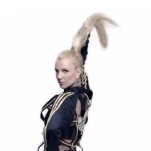