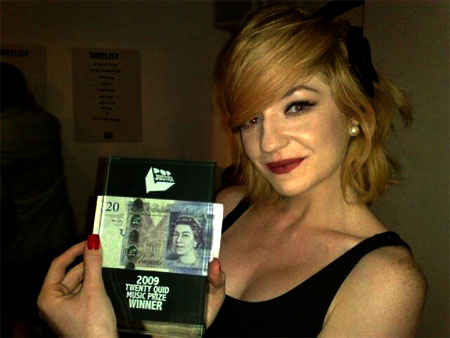 Despite being one of the less exciting songs on the list ‘The Promise’ was also one of the best – one of four or five ‘worthy winners’ on the shortlist, we reckon — so a pre­dict­able but not undeserving champion. 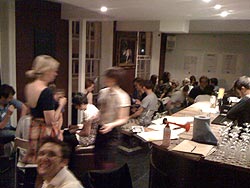 ‘The Promise’ did not, as you might suspect, storm the voting.

Special mention should also go to The Saturdays’ ‘Up’, which came very close to knocking ‘The Promise’ out, and Calvin Harris’ ‘I’m Not Alone’, which made it through to the final round in which judges were split into five groups and asked to melody, lyric, pro­duc­tion, vocal, and ‘everything else’ respect­ively. (The final result – three to two in favour of Girls Aloud.)

As far as the judging goes, we received a huge number of applic­a­tions this year and on the final panel of 35 judges pro­fes­sions included teacher, scientist, student, civil servant and musician with employers ranging from the Conservative Party to Disney. Judging took the usual format: one song was elim­in­ated right at the start and the eleven remaining names went into a hat (well, a box). For each round two songs were randomly picked and put head to head, with most rounds coming down to a vote. It’s a method that favoured some songs (‘The Boy Does Nothing’, not exactly a favourite among the judges, wasn’t randomly called until a very late stage) and had unfor­tu­nate con­sequences for others (La Roux went out rather early), but random and unfixable so as fair as possible in that respect.

Here's an example of what was con­sidered during the judging — this wall chart comes from the Girls Aloud vs Saturdays round (there was a similar wall chart for 'Up' except we didn't get a picture and it was last seen stuck to the wall outside the toilet). 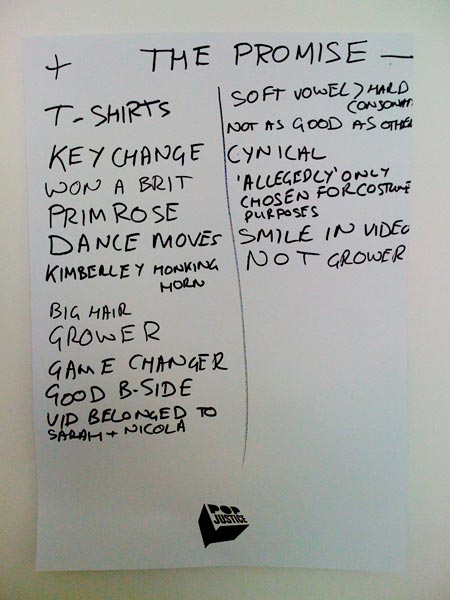 The evening wasn't all positive, however. Just as the Twenty Quid Music Prize winner receives twenty quid (cash), so equi­lib­rium must be restored with the Twenty Quid Invoice Prize, which is awarded to the year's worst British pop single. Picking the year's worst single was an informal process with Girls Aloud's 'The Loving Kind' being nominated by one rather unex­pec­ted attendee. In the end, however, the non-award went to… 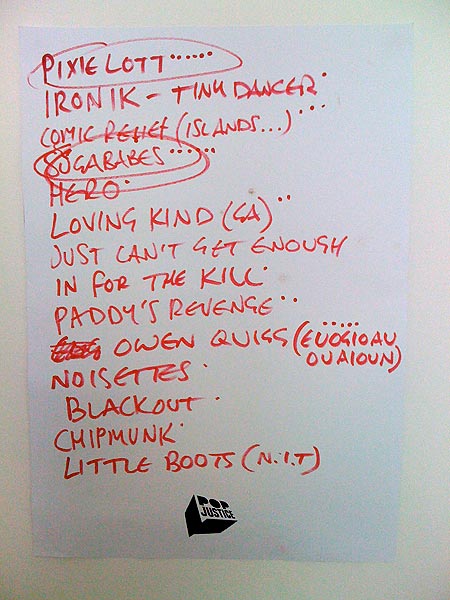 …'Girls' by Sugababes. An invoice for twenty pounds plus a 'Sorry!' card signed by each of the judges is on its way to Sugababes HQ.

Thanks to everyone who came along last night — hope there aren't too many sore heads this morning.