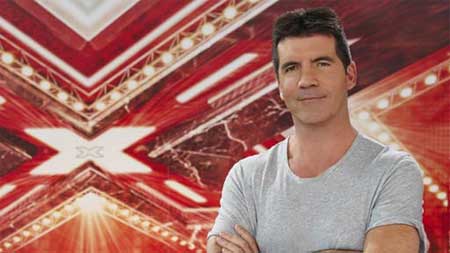 Looking forward to tomorrow night's X Factor? So are we.

As the next show looms one wonders how many of last week's thousands of outraged viewers will be making good on their promise to boycott the show. A reas­on­able guess is somewhere in the region of twelve. Not twelve thousand, just twelve. 'People power' may be driving complaint culture in inter­est­ing (trans: tedious) new dir­ec­tions but it's flawed in two areas. Firstly, people are happy to bang on and on and fucking on about something but ask them to spend money on it and it all suddenly falls apart (see: the various attempts by 'the fans' to hype singles into the charts, and this week's very bad Chartjackers effort, for further details). Secondly, and this is worth men­tion­ing in relation to The X Factor, self-righteous moaning is in many cases no more than posturing, a be-seen-to-be-caring mentality which means that people continue as they were behind closed doors, for example on a Saturday night in the privacy of their own home when they'll watch TYhe X Factor and fucking love it just like everyone else does.

One of our favourite things about the aftermath of Simon Cowell kicking out Lucie last week was the shockwave that ran through popular culture, a sudden uproar as a nation realised, in one split second, that Simon Cowell might not always make decisions based purely on musical merit.

Strangely, however, Cowell had in fact left a few very small clues over the last few years.

Here are a handful of hints. Pay close attention, they're pretty subtle.

1. "I'm inter­ested only in making money, for myself and the people I work
for. I mean, that's abso­lutely the only criterion I attach. That's it.
… That's the only thing we think about: Will it make money?"

3. " I don't like the idea that other people in this business might be doing better than me. That really bugs me — I mean really bugs me. It's what drives me on."

5. "When
Rolling Stone magazine asked what he wanted most in the world, he said
simply, 'Money. As much money as I can get my hands on.'"

We’d actually put Cowell’s decision last weekend down to a sense of mischief as much as hyper-cynical audience manip­u­la­tion but what’s most alarming about this past week’s public outrage is that many of the outraged masses fail to grasp the fact that decisions just like that are being made on an hourly basis in all areas of main­stream media. You don’t see them being made, like you do when Cowell makes a decision like last weekend’s, but they’re made all the same. Nothing on main­stream tele­vi­sion really happens by accident, or without painstak­ing analysis of likely con­sequence. It barely happens in the pop charts, either, really, although the Top 10 is open to the occa­sional surprise from time to time. The point is that just because Simon Cowell is the only person publicly making ratings-chasing decisions, it doesn’t mean nobody else does it behind closed doors.

Over the last decade a number of ‘plain speakers’ have risen to the top of British popular culture, usually in the form of stu­pendously het­ero­sexual entre­pren­eurs with a penchant for shouting at those less dynamic than them­selves. With Alan Sugar or Gordon Ramsey most descrip­tions as 'no-nonsense' merely represent over-rev­er­en­tial shorthand for the subject’s incred­ibly bad manners but when Simon Cowell speaks his mind (as he does when it suits him) his words do, fre­quently, artic­u­late the thoughts of a nation. Remember when Lucie performed her song a few weeks ago as rose petals fell from the rafters? Afterwards, three judges offered their comments on her per­form­ance. Lucie took all these comments not knowing that there was a stray petal stuck on her forehead. Every judge allowed the poor girl to stand there on live tele­vi­sion with that petal rather obviously stuck to her head, as 15m viewers each watched thinking, quite reas­on­ably, 'Lucie has a petal stuck to her head'. Cowell, the final judge to offer his words, began rather bluntly: "Lucie, you’ve got a petal stuck to your head".

Cowell’s a bril­liantly complex TV per­son­al­ity and 'music exec' and his involve­ment in popular culture is only going to grow over the next decade, but as long as he's there to point out the petals on heads it's worth putting up with some amusingly con­tro­ver­sial audience baiting.

Also, without Simon Cowell there would be no JLS. Think on. THINK ON.