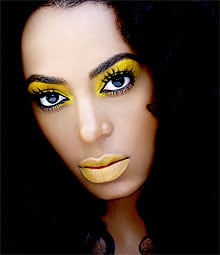 As you know (because we've already mentioned it once or twice), Solange has a new single out in the States. It's called 'I Decided'.

A brilliant video has been made for the original version, produced by Pharell.

The Freemasons have also delivered a brilliant edit which makes 'I Decided' sound like one of the greatest songs of all time.

Here is the Pharell version.

Here is the Freemasons version.

Do you prefer the Pharell version?

If you answered mostly 'A's: you are an idiot.

Things you will learn from our Ryan Tedder interview