Putting out music so people can buy it: it's what popstars do best.

Here are six important singles being released between now and two weeks before the end of Q4.

ONE WEEK AND COUNTING:

Given the potential horror of another 'big band' album it's pleasing that the first single from 'Swings Both Ways' is Robbie's best non-banger in almost a decade.

'Go Gentle' is a warning about wankers, from the per­spect­ive of someone who imagines teenage life for his recently-arrived daughter and suddenly realises just how wankerish boys can really be, and how much of a wanker he's probably been in the past.

The lyrics make for poignant reading in their own right but the under­stated pro­duc­tion on the tune is really rather beautiful and the "I love you Teddy" bit near the end of the video is 'quite a moment'.

Popstars rarely pull off "I'm a parent now" songs with much success but it's panache-a-go-go on 'Go Gentle'.

Also out on November 11 (we've deleted the boring ones):
AlunaGeorge – Best Be Believing
Bruno Mars – Gorilla
Cher Lloyd feat TI – I Wish
Chris Malinchak – If U Got It
Classified feat Olly Murs — Inner Ninja
Cliff Richard – Rip It Up
Ellie Goulding – How Long Will I Love You
Goldfrapp – Annabel
Imagine Dragons – On Top Of The World
Jay Z – Tom Ford
Keane – Higher Than The Sun
The Killers — Shot At The Night
Mariah Carey – The Art of Letting Go
Monsieur Adi feat A*M*E — What’s Going On
Taylor Swift feat Gary Lightbody – The Last Time
The 1975 – Girls

So not every farewell single has to be as much of a cal­cu­lated blub­ba­thon as S Club's 'Say Goodbye' (a song so intensely miserable that it was sent out to media with an accom­pa­ny­ing S Club handker­chief), and there's certainly an argument for ending the whole thing with a bang rather than a whimper.

But you would have hoped for something a little less generic for a once-great boyband's final release. 'Billion Lights' is not a farewell single, it's a single that doesn't fare well!!!

(Interesting that Aston, currently preparing his solo career, is the last member to turn away from the camera at the end of video. Is he making sure we remember his face, or checking we're still here?)

Also out on November 18:
Bastille – Of The Night
Boyzone – Love Will Save The Day
Breach feat Andreya Triana — Everything You Never Had (We Had It All)
Elton John – Voyeur
Friction feat Arlissa — Long Gone Memory
Gary Barlow – Let Me Go
Justin Bieber – something or other
Luminites – Do Something
MS MR – Fantasy
Naughty Boy feat Wiz Khalifa & Ella Eyre — Think About It
Rose Elinor Dougall — Future Vanishes
Rudimental feat Emeli Sande – Free
The Weeknd – Wanderlust

Shame about the video.

Also out on November 25:
Agnetha Faltskog – The One Who Loves You Now
Aiden – Satisfy Me [WOOOOO, STYLISH] Ariana Grande feat Big Sean — Right There
Caro Emerald — I Belong To You
Empire Of The Sun — DNA
Gabrielle – Say Goodbye
Gala – Taste Of Me
Janet Devlin – Wonderful
Justin Bieber – something or other
Matrix & Futurebound feat Max Marshall — Control
McFly — Love Is On The Radio
Olly Murs – Hand On Heart
Rebecca Ferguson – I Hope
The Strypes – You Can't Judge A Book By The Cover << NO BUT YOU CAN JUDGE A BAND BY ITS SHIT NAME

How many things about this single aren't amazing? You need to take into account all possible factors.

There are over 308 different elements to 'Superlove' and its lyrics and tune and 'sonics' and video and all the accom­pa­ny­ing paraphernalia and the only remotely non-amazing thing we can think of is that the robots aren't in the video enough. THAT'S IT. That makes 'Superlove' 0.32% rubbish and, therefore, 99.68% amazing.

Also out on December 2:
Beyoncé — No sorry we're only joking
Chvrches — Lies
Dizzee Rascal feat Teddy Sky — Love This Town
J Cole — She Knows
Just Blaze & Baauer feat Jay Z – Higher
Justin Bieber – yet another 'TBA' thing
Leona Lewis – One More Sleep
Michael Buble – You Make Me Feel So Young
Pink – Are We All We Are

Time, finally, for Jessie J to whack out a single that isn't about a) how brilliant she is due to her various achieve­ments or b) how she really doesn't care about what people say about her to such a degree that she writes a song about it.

This has a bit of an Albert Hammond and Diane Warren 'vibe' to it, don't you think? In the sense that it could quite easily have soundtracked a not-very-good 80s romantic comedy but become a classic in its own right.

This might be our favourite Jessie J single since that first one.

Also out on December 9:
Arctic Monkeys – One For The Road
Arlissa – Into The Light
Drake feat Sampha — Too Much
Erasure – Gaudete
Jason Derulo – Trumpets
Justin Bieber – yet another fucking single release
London Grammar – Nightcall (THE FREEMASONS MIX IS GOOD)
Nelly feat Trey Songz — All Around The World
Selena Gomez – Slow Down
Susan Boyle with Elvis Presley – O Come, All Ye Q4

There's no video for this yet but if the video is anything like the artwork 'Overdose' could be the greatest UK Christmas Number One for about eight million years.

Also out on December 16:
A3 – Come With Me
Agnes Obel – Dorian
The Big Reunion — I Wish It Could Be Christmas Everyday
Jack Topping – Tomorrow
John Newman – Losing Sleep
Katy Perry – Unconditionally [YES THIS IS REALLY ONLY OUT ON DECEMBER 16] Keane – Won't Be Broken
Richard & Adam — I Saw Three Ships Come Sailing In (On Christmas Day)
Röyksopp — Running To The Sea

And that, readers, is a rough idea of what is happening over the next month and a half. It will, as they (they = your parents) say, be Christmas before we know it. 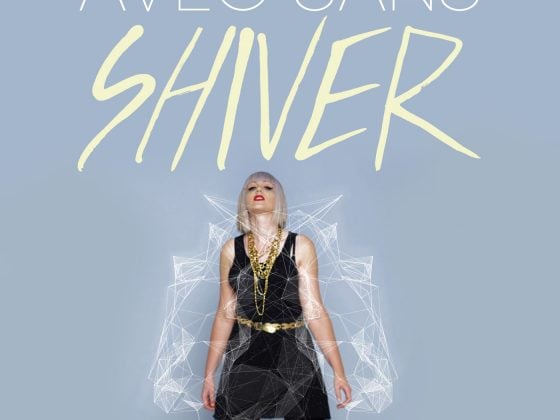