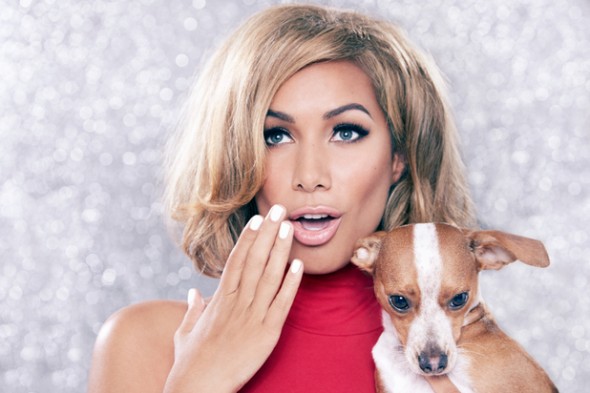 Q4 2013 saw the glorious return of the con­tem­por­ary Christmas song, with superior Chrimbo bangerz — Chrimbangerz, if you will [WE WON'T THANKS — ED] — from Global Songstress Leona Lewis (in the shape of 'One More Sleep') and Clive Davis fan Kelly Clarkson ('Underneath The Tree').

While Leona earned a coveted 2014 Popjustice Twenty Quid nom­in­a­tion in October by counting down the nights until she could be reunited with her 'boo', Clarko's still promoting her 'Wrapped In Red' album this year with the surprise video release of its title track, in which Kelly sets out her plan to resolve an unre­quited love. To be honest, it's fine by me if the next 12 years see RCA exhaust­ing the album, one song every Q4. However, my Christmas goodwill is in danger of running out if they don't throw a bit more money at future videos.

The Saturdays took on the Waitresses' 'Christmas Wrapping' for the Get Santa soundtrack, a song last 'tackled' by the Spice Girls in 1998 who'd employed some 'creative license' withthe lyrics, gearing them towards a British audience (all-night garages and a rubbish turkey from Tesco). The Sats' take is alto­gether more faithful, with the original lyrics intact, a backing track that closely resembles the original and even an admirable stab at the Waitresses' weary ennui (they sound bored).

As I'm sure you're all too aware, the Vengaboys (who else) returned with 'Where Did My Xmas Tree Go?'. The group's lyrics have taken a dark turn, with the sad rev­el­a­tion that Uncle John of 'from Jamaica' infamy is, in fact, dead. Musically, it's business as usual, chirpily craptastic Casio cod-reggae accom­pa­ny­ing the news that "me uncle John just passed away" and featuring Kim's alarm­ingly cold reaction: "now di good times have come here to stay".

There's an album (of course) called 'Xmas Vengaboys Party Album', featuring 'remixes' of past hits from char­ac­ters such as Treësto, Merry Corsten and Carol Cox (DO YOU SEE?!). In each and every case the 'remix' is literally the original with added jingle bells and jocular "ho ho ho"s — quite incredible. 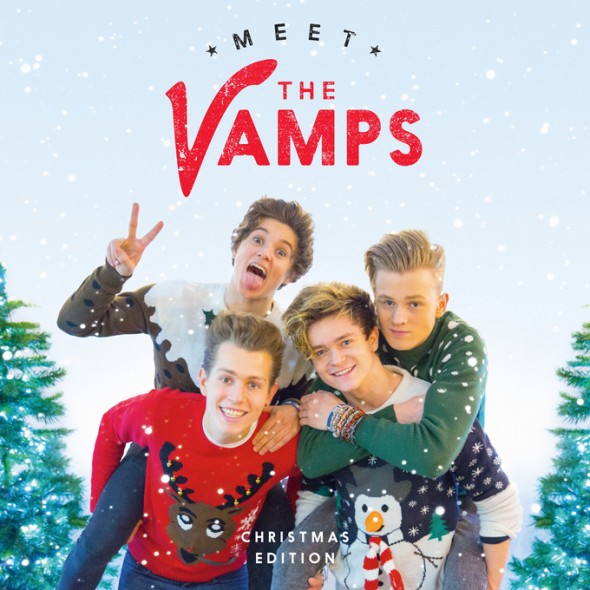 Meanwhile, the Vamps were hoping for snow with new single 'Hoping for Snow'. A launchpad for a budget 'repack' of the group's debut album, the song boasts a Wham!-aping chorus — "last year, you took a piece of my heart" — familiar enough for listeners to think "ah, 'Last Christmas'!", yet different enough for the band and their pub­lish­ers to rest as soundly as the little lord Jesus, asleep on the hay.

Not one to be left out, Bonnie McKee recently 'unleashed' ‘California Winter’, a jaunty number led by a plinky plonky piano. In the Golden State’s cold months, the ‘Last Friday Night (TGIF)’ co-writer dreams of palm trees and explains to her ‘beau’ that even in Q4 “it’s always summer with you” as “your love keeps me warm”. How lovely.

Stooshe col­lab­or­at­ors TLC offered the similarly perky ‘Gift Wrapped Kiss’, where T‑Boz and Chilli yearn for “the kind of package that comes with a kiss” from “a special kind of gift wrapped man”. Fair play ladies, even if it's December we all have needs. There’s a bizarre post-chorus ‘feat’ from Santa himself, in which the noted communist suggests: “you’ve been a good girl and I know it’s true, let me reach inside my bag and see what I can do" (!). SANTA, NO.

Also appar­ently Bob Geldof did another Band Aid thing too. Naturally it met with wide­spread critical acclaim, the lyrics were unprob­lem­atic and Africa was saved.

But what of the Q4s of yore, ie pre this more recent burst of Christmas musical cheer? There are a fair few unsung gems from the last ten years that deserve to join pop's carol canon. So, for when 'All I Want for Christmas is You' won't quite do, here's a guide to some Chrimbangerz [THIS STOPS NOW — ED] that are Literally Above Average:

Rather than a one-off single, The Aloud went the whole three-bird roast by unleash­ing a tinsel-adorned mini-album as a bonus disc to their finest album 'Chemistry'. With Xenomania at the helm, there was a healthy serving of original songs alongside the covers, with the yearning 'Count the Days' the best of the bunch.

Best bit: "Count the days til this wait is through / come home babe / Christmas just ain't the same without you"

Originally released as a fan club CD in 1997, this four-to-the-floor yuletide ditty was 'retooled' by Marius de Vries for a new EP during the Boys' Yes tour. The song sets out to debunk the following Christmas myths: that it snows, that the TV is any good, that it's fun for all the family. Thankfully there's some respite in the chorus — "but I'll still have a glow at Christmas / because I'll be with you" — which is quite sweet. The track also briefly features the spoken word vocals of Chris Lowe, grumpily wishing listeners a happy new year.

Best bit: "It's meant to be goodwill as well as synthetic fun / what is this year's festive number one?" (per­form­ing in Manchester during Ragegate, Neil exclaimed "not X Factor!" after singing this line. Poor Joe.)

Readers with syn­es­thesia might exper­i­ence this song as the smell of a) mulled wine, b) poppers and/or c) mulled poppers. Ian Masterson's twinkly electro pro­duc­tion underpins Sara and Keren's trademark deadpan vocals, and while the wistful verses are rel­at­ively serene they soon give way to an explosive, hi-NRG chorus, cul­min­at­ing with the glorious couplet; "remember how we kissed that time / the mistletoe and too much wine". This is an absolute cracker.

Hurts' Calvin Harris/Alesso col­lab­or­a­tion is very good, but the last truly great Theo and Adam moment was this bleak number in which they 'eschew' the joys of December 25, instead clinging to the hopes of the new year. There are tubular bells. It's quite majestic.

Best bit: "All of the bells ringing out for Christmas / I'm not supposed to feel this way / all that I want this year for Christmas is New Year's day" :(

Mariah's 'sophomore' seasonal album 'Merry Christmas II You' (do you see what she did there?) included not only a ludicrous dance version of 'Auld Lang Syne' and a "Super Festive" remake of her most famous hit, but this original com­pos­i­tion. With Jermaine Dupri at the mixing desk, it's one of the best Mariah Careyoke songs of the last ten years.

In which Chris Martin pops to Oxford Street to "try to right a wrong", which probably just means he needed to return a cardigan or something. There's an undeni­ably Richard Curtissy feel to this piano-led blubathon, which peaked at a fairly un-festive Number 13 in the singles charts.

Best bit: "When you're still waiting for the snow to fall / doesn't really feel like Christmas at all"

Best bit: "You loved it as a kid and now you need it more than you ever did / it’s because of the dark, we see the beauty in the spark / that’s why, that's why / the carols make you cry / joy…" 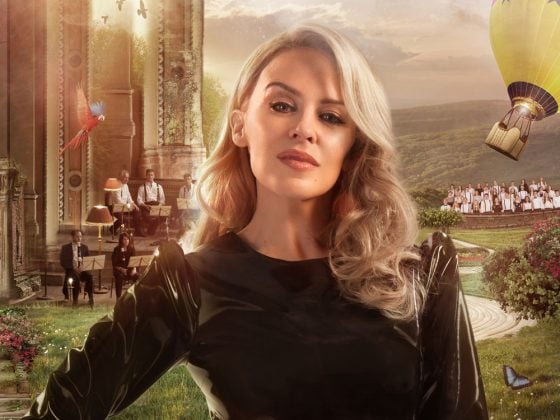 Kylie Minogue's Kiss Me Once tour will be out on DVD, don't you worry 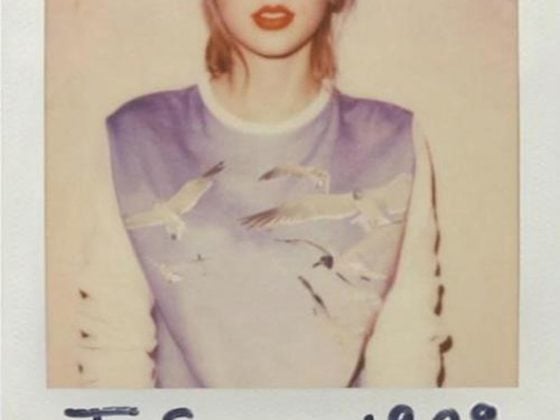