As you will have noted from our AlunaGeorge review the other week we here at Popjustice are quite literally ‘in bed’ with Durex re covering their Intimate Sessions shows, and some images have surfaced of Wretch 32’s own night.

Here’s Wretch before the show, just chilling in front of a big LOVE SEX DUREX INTIMATE SESSIONS banner. He has a red straw in his right hand, probably because he has just finished drinking something or intends to drink something pretty soon. Maybe it’s just a very slim pen. Here’s Wretch again, casting a shadow. In some ways you could argue that Wretch casts a meta­phor­ical shadow over the charts these days thanks to his string of hits including that one about the tractor and that nice ballady one a few months ago. Having cottoned on to the shadow situation Wretch is now having a go at doing some shadow puppets but it’s not going par­tic­u­larly well because he doesn’t know that you need to be side on for the shadows to be cast on the wall. You have to look very closely at his shirt to see Wretch’s pair of goats and that’s just not going to cut it if Wretch is to follow his true dream in life: to become a children’s entertainer. Time for another sit down, this time in a hat. Modern sci­ent­ists have in fact debunked the idea that 45% of body heat is lost through the head, but Wretch 32 is not taking any chances. Wide shot of Wretch having a sit down in a hat. Those lights are nice aren’t they, do you think they’re from Habitat?

Here’s Wretch with a pair of com­pet­i­tion winners, only one of whom believes that the heat-loss-through-head sci­ent­ists carried out their studies in a meth­od­o­lo­gic­ally sound manner. A shot of ‘DJ Bluey’, doing a bit of DJing. He has some blue hair and a blue bit on his t‑shirt. He has also paid someone who can’t spell ‘Instagram’ to make his MacBook ‘decal’.

Finally it’s time for Wretch 32 to take to the stage. We’re not sure what he is sig­ni­fy­ing with that hand gesture, perhaps he is asking for ‘just a small one’ from a friend who is going to the bar. There’s actually nobody attached to this arm, following an unfor­tu­nate incident earlier in the evening. These ladies are employed to sing along with Wretch 32’s songs, and they seem to be having a pretty fun time. If you had to use one word to describe this photo it would probably be “WAHEY!” wouldn’t it. There’s not a single person in this picture who’s not going “WAHEY!” in one way or another. WAHEY! Finally, if there was any doubt that Wretch 32 is the politest man in pop, here he is crouching down so that the pho­to­grapher won’t have to tilt his camera upwards. If only all popstars were so accommodating. And there you have it. It looks like Birmingham had a jolly good time.

If you want even more content, here is a video: 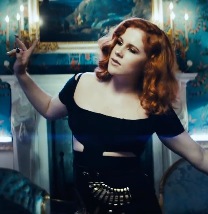