“France, ooh la la! Croissants, baguettes, Chanel, Orangina, Nicole, Papa – ah c’est chic, la France. Of late, much money has been made by the self-help book industry pondering over The French Paradox, which refers to the paradox of French people eating loads of delicious food and yet still looking beautiful, while British and American people eat loads of crap and look like a bunch of wet goats. All of this is clearly tres stupide because the REAL French Paradox is how a country that is innately so chic can have such astound­ingly bad taste. Anyone who was forced to watch TV while on a French exchange at school knows that Eurotrash was no exag­ger­a­tion – the French are tacky as fuck, and I don’t care how many trendy-wendy French DJs are on your Essential Dance Mix 121 album, this theme song sums up all that is hilarious about French music. Kiss my derriere, Hugo Loris.”

“This song — written to mark Tinsel's 1000th episode and now its new theme — is amazing. What, I have to say some more? OK, after the awesome intro, in which the singer describes the movements of his heart in downright medical detail, it becomes a bit like a slowed down, funked up version of that Beyoncé song that goes "you could be a sweet dream, or a beautiful nightmare", mainly because he keeps talking about how his love is, yes, a beautiful nightmare (I’m a music expert, me.) I don’t quite under­stand how love can feel like “fire and ice”, but I like that he’s singing to Angela. Not enough songs are sung to women called Angela."

Next up: Germany vs Algeria 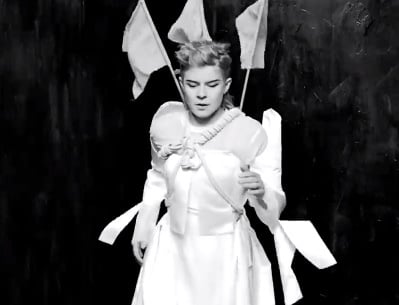 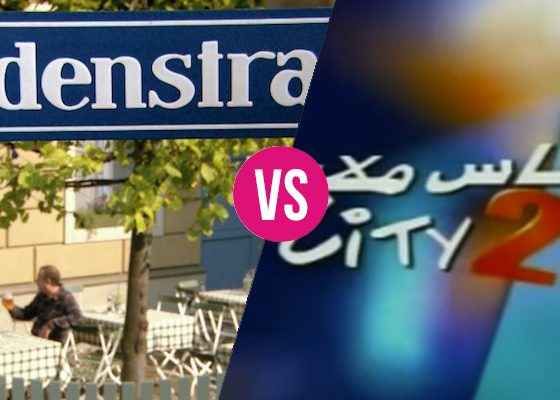