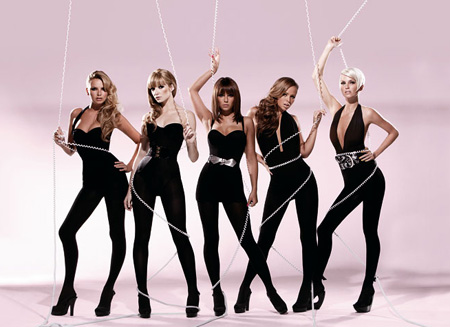 In a recent Pointless Vote we asked you, the Popjustice viewer, whether you thought that this was basically 'it' for Girls Aloud.

And our survey — most of which was conducted prior to the release of the Nadine stuff so the results may be slightly skewed — said:

We have mixed feelings about what should and shouldn't happen for Girls Aloud and the band's members over the coming years. On one hand we would like another Girls Aloud album. On the other hand we know that another Girls Aloud album would probably sound very little like the sort of Girls Aloud album we all fell in love with and any perceived or actual struggles within the band would make the album's promotion eye­wa­ter­ingly awkward and not much fun. And on another, slightly spooky 'third' hand, it is literally none of our business.

Anyway if you didn't get a chance to vote in the Pointless Vote fear not — we'll be holding a small event in London soon where you can make your opinions known. Full details to follow…

The Wanted — 'Lose My Mind'