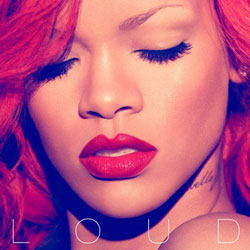 It is a good job the internet isn't a channel for instant, as-it-happens news coverage, or this write-up of Rihanna's album listening party, 36 hours after it actually happened, might seem slightly tardy.

Basically on Tuesday night at semi-posho London estab­lish­ment Sketch there was a playback of tracks from Rihanna's 'Loud'. We think most people who turned up were expecting to hear the whole album. As it turned out just a handful of tracks were played, but this was was excused by the fact that Rihanna herself was intro­du­cing them.

Her hair was red and looked v present­able. She had on some nice shoes.

Naturally there were no phones or items of recording equipment allowed in the room but we did manage to steal one of these off a table. 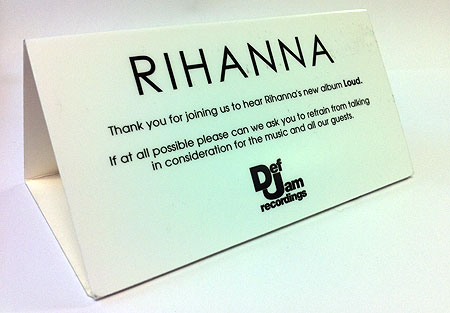 The format of the evening was that Rihanna would do a quick Q&A thing with showbiz reporter Kevin Hughes, then they'd introduce a track from the album, then they'd have a bit of a chat about the song, then they'd play another one. Rihanna said that the songs were "five of the best, five of my favourite" from 'Loud'. Perhaps they take a few listens, perhaps they will make more sense in the context of the rest of the album, but if you think about the first best songs off 'Good Girl Gone Bad' and the five best songs off 'Rated R', the five songs we heard once on Tuesday night seemed nowhere near that standard. That's a pretty high standard, of course, and none of the songs from Tuesday were utter stinkers, but we felt pretty under­whelmed by what a lot of what we heard. This said, we look forward to hearing the songs again, getting to know them better, and per­form­ing a massive u‑turn in due course.

Here are our notes from the evening. We have censored a couple of slightly 'outré' comments. 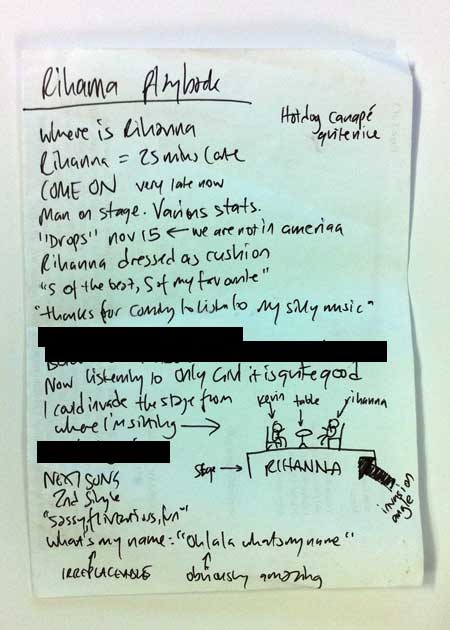 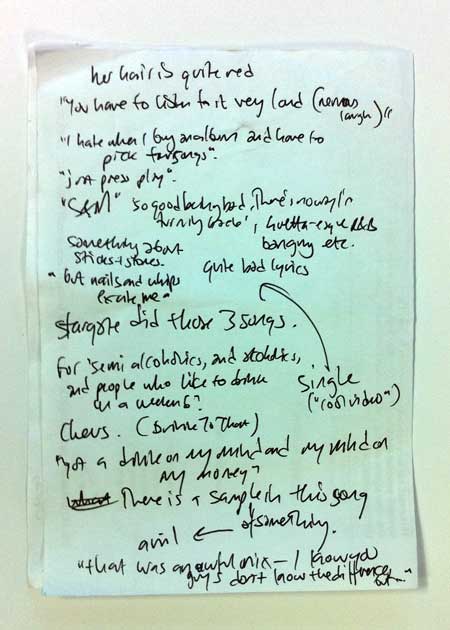 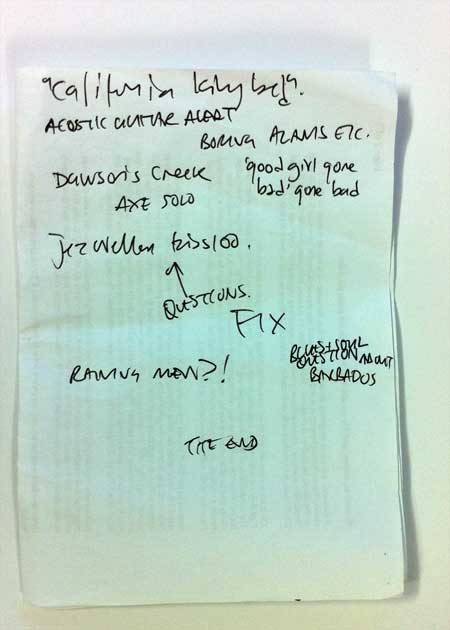 Presenting the next Popjustice Hi-Fi release: 'Teenagers' by Japayork