Anyone in the mood for a game of spot the difference?

1. Here's the picture Mariah Carey says inspired her ludicrously-titled new album 'Me. I Am Mariah… The Elusive Chanteuse.' In the YouTube video accom­pa­ny­ing the album title's announce­ment, Mariah explains that she was "three and a half" when she drew this picture, which is featured on the back of the album's sleeve. It's pretty impress­ive when you consider that:

2. Here's a picture of Mariah Carey drawn this morning by an actual real life 3.5‑year-old. This is based on a 3.5‑year-old being shown Mariah's new album sleeve (right) and we think you'll agree that the eyebrows are a par­tic­u­larly nice touch.

It is not, however, quite as soph­ist­ic­ated as the picture 'drawn by Mariah Carey' when she was the same age, which seems more like something you'd expect from a 7‑year-old.

So what are we saying?

We are not saying Mariah has got her facts wrong and that she might want to go back and check how old she was when or indeed if she drew that picture.

We are not saying  Mariah is a fantasist.

We are DEFINITELY NOT saying someone at her record label knocked that picture up to look a bit like something a child might have drawn.

We are simply saying that Mariah Carey, a singer we all know to have shown early and immense talent as a vocalist, must also have been a prodigy in the art world too. 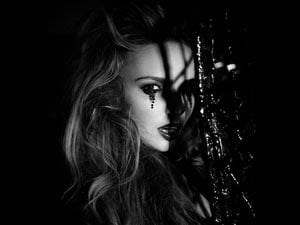 Nadine Coyle's returning to music and Michael Flatley is her vessel 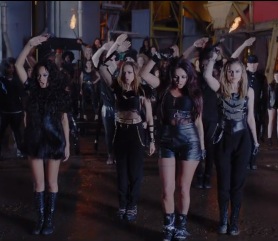