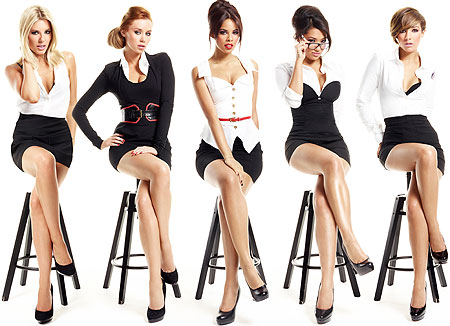 Amazon put up a thirty second clip of the new Saturdays single on Saturday and they managed to choose what may well be the thirty most boring seconds of the whole song.

First off, here's a new clip, this time of a non-boring bit.

How amazing is it?
Quite amazing. It's a bit Black Eyed Peas-esque, feels a tiny bit like Kelis
and Rihanna, and has a strong, propuls­ive energy that builds through­out
the tune.

What’s the structure like?
The fact that the beat keeps dropping in and out makes it difficult to get your head around what's the chorus and what isn't but the track's not as all over the place as it first seems. Here's what happens:

»
Instrumental intro — beat kicks in, which evolve into…

» Verse 1 — assorted banging on about “you know I like it in the street­lights”, “I l‑l-love this track” etc. Quite bold and bolshy-sounding.

»
Breakdown/pre-chor­us/epic bit/ac­tu­ally-it-might-be-the-chorus — track drops out, there’s a big “oahaa­hahaaaaah” bit (this is the clip above), followed by a fiesty “closer, baby look in my eyes do you recognise MAY?”, followed by “I’ve been a bad girl, I’m a bad girl, I’m notorious”. Into…

»
Post-chor­us/ac­tu­ally-this-might-be-the-chorus — the track starts to build up again amid various epic sounding noises in the back­ground, more “oahaa­hahaaaaah”  action and a full-on chant of “I’m a outlaw, I’m the big boss, I’m a gangster on the dance­floor”.

»
Verse 2 — track slams back in, bits of singing about “everybody knows my name here, I’m the head of game here, pleasure and pain yeah, cos my resume says that I’m a bad girl”. NB: No members of The Saturdays actually has a resume because they are not American.

»
Breakdown/pre-chor­us/epic bit — this time the beat hasn’t dropped out and it’s all quite danceable.

»
Post-chorus — beat does drop out this time, and post-chorus gives way to…

»
Middle eight bit — “so baby tell me can you get it from my energy”. The answer to this is ‘not really love we don’t know what that actually means’. Then the whole thing drops out, leading to…

»
Into the home straight — beat thunders back in, song explodes with reappear­ance of the “I’m an outlaw I’m the big boss” bit, music starts to drop out leading to the “closer, baby look in my eyes, do you recognise me?” portion.

Are there any guitars in it?
NO.

Does it set a trend or follow one?
Well on one hand it will fit in quite well with a chart that looks like this.

That is a good thing and a bad thing, but at its heart 'Notorious' def­in­itely feels like a pop song rather than a 'club jam'. It makes the band's last single 'Higher' sound a bit old fashioned in com­par­ison.

Is it a load of old rubbish about 'The Club'?
Well it gets to 1:25 before there's mention of "on the dance floor", then at 1:43 there's the "everybody knows my name here" line. There is no mention of the club itself, so that's good, but it does seem like a bit of a shame that the song needs to be situated in that 'milieu'. Fair enough, it almost certainly works for the target audience (ie people who largely haven't been to this sort of club but quite fancy the idea). And, granted, there's no sign of any UK radio station saying 'sorry, we're not going to play any more songs about The Club'. But it feels a bit like a wasted oppor­tun­ity because the song sometimes hints at a dark, remorse­less She-Devil kind of character warning everyone that she's a total mega­bas­tard — 'Notorious' is such a brilliant title for that kind of song. Like imagine Madonna storming back with a "get out of the way everyone, I'm amazing and I'll crush you" sort of anthem. That would have been quite exciting. As it stands, it's all reduced to a descrip­tion of someone who's a 'bad girl in the club'. And from what we can tell, bad girls in clubs just wave their arses around a lot, which is a bit of a letdown.

So is this The Saturdays' 'The Club Is Alive'?
That is what a few people on the Popjustice forums have asked, based on the Amazon clip. We're not sure about that — while the JLS song was a high impact bor­der­line novelty tune whose initial appeal quickly subsided (trans­la­tion: it turned out to be rubbish), we've been listening to 'Notorious' quite a lot and it's holding up really well. It is, in fact, a bit of a grower, and it's a big step forward for The Saturdays. It felt like 'Higher' ended the band's last (slightly wobbly) campaign on a high, and 'Notorious' will set them up bril­liantly for whatever comes in the next twelve months. An album, more singles and a pro­ces­sion of endorse­ments, one assumes. Hurrah.

Not as good as?
'Hair' off the Lady Gaga album.

As good as?
Katy Perry's 'Firework'.

Better than?
‘Run The World (Girls)’.

So there you have it. Some inform­a­tion about, and a clip of, the new The Saturdays single. We hope you have found this enter­tain­ing and inform­at­ive and ask you to leave quietly on your way out as this is a res­id­en­tial area. 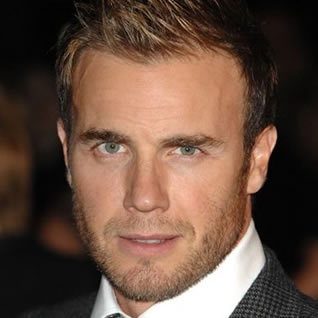 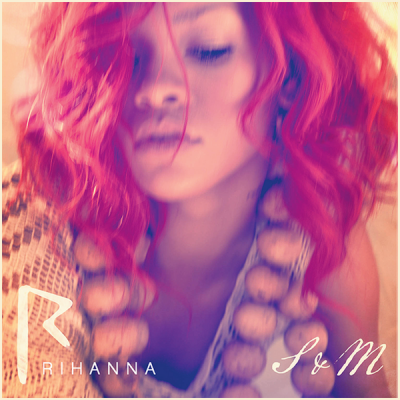