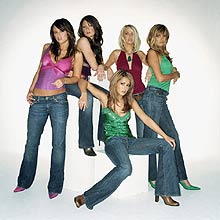 » The chorus goes "Did you tell him? No no no. Give him kisses? No no no. Whisper honey? No no no" and continues in that sort of 'vein'.

» It is the noisiest song Girls Aloud have ever made. There are lots of guitars in it but it has more in common with 'Something Kinda Oooh' than, say, 'Wake Me Up'.

» It's got a really long, spooky, vocodered intro with lots of business about "boy did you ever think that loving would be nothing more than walking me home?"

» The intro finishes with the word 'no' sort of being turned into a bouncing rubber ball and chucked out of a window. It might well be the greatest one second of pop music 2007 has yet produced.

» If you listen closely you can hear one of these: 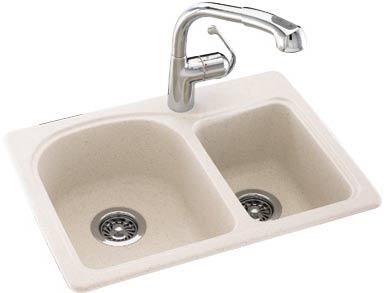 » Chris Moyles is playing it on Radio One TOMORROW MORNING.