About a month ago I first watched the music video for Ella Eyre’s rather good song ‘Comeback’ (you can watch it above if you have no idea what I'm talking about).

In the video Ella is angry about her boyfriend’s phil­ander­ing ways, so she breaks into his house with a bunch of her friends and makes a bit of a mess of the place. It all seems quite fun, even when she blows up his car.

However, after repeated viewings I knew that something wasn’t quite right about the whole thing.

Let me break it down:

This is Ella Eyre's adulterous ex-boyfriend He is quite a handsome chap, isn't he? Look at how perfectly coiffed his hair is. Also, that looks a bit like designer stubble to me. This is, to all intents and purposes, a man who cares about his appear­ance and spends time cul­tiv­at­ing his 'look'. 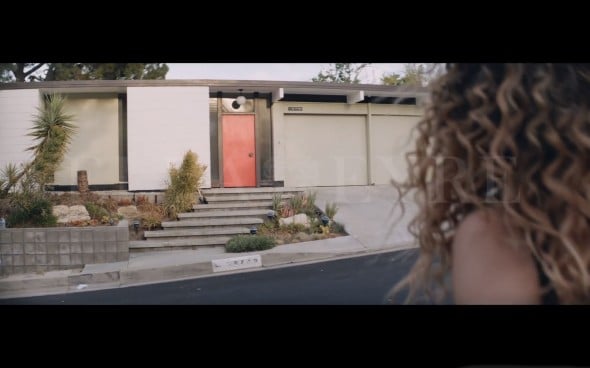 It's a nice house. You'd expect it to be furnished rather well, wouldn't you?

This is the interior of Ella Eyre's adulterous ex-boyfriend's house 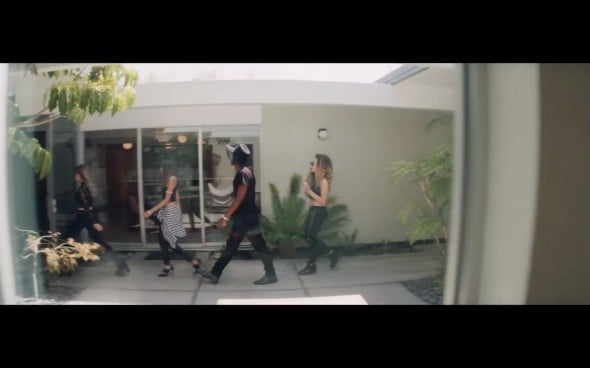 It looks like this house has a garden in the middle of it. Very posh. 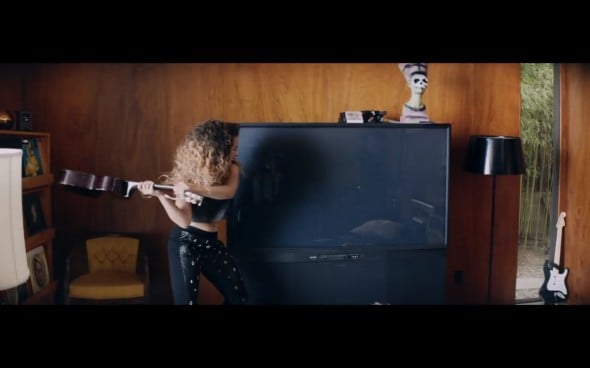 Nope. This picture is all wrong.

The problem is that the man whose house this is, the man who has such perfectly coiffed hair, would not, in any way, have a rear pro­jec­tion telly.

You might be thinking that the upkeep of a house like this would be high, which is why our ant­ag­on­ist has opted for a decade-old box. However, modern tele­vi­sions are not extor­tion­ate. Unlike the costly pro­duc­tion of rear pro­jec­tion TVs, recent LED tech­no­logy is rel­at­ively inex­pens­ive and can wield some impress­ive picture quality. For example, at the time of writing Argos are offering a 32" telly for under £200 and you can get an ULTRA HD one for jut shy of £700. Not to mention the fact that modern tele­vi­sions are aes­thet­ic­ally pleasing — you can even wall mount them.

A modern telly says a lot about status, about a person's lifesyle and, let's be honest, you couldn't really watch Netflix on a thing like this. A man like Ella Eyre's ex-boyfriend would most like have a shiny wall-mounted TV, or maybe one of those fancy curved ones you see in Currys PC World that has 3D. He's just that type of guy.

However, there's more. Here is a gif of Ella smashing said telly:

Would it not have been a more arresting image for Ella to rip the telly off the wall? Something which, let's not forget, would have been possible if it had been a flatscreen?

In fact, by damaging it is she not doing her ex-boyfriend a favour, ridding him of this ancient piece of tech­no­logy, per­mit­ting him to make an insurance claim which will result in a better telly, and thereby under­min­ing her mission statement of generally wrecking his life?

NONE OF THIS MAKES SENSE.

Given that it's been a month since this video 'premiered' and Ella is just 'unleashed' 'Comeback' on to the world, you'd have thought that those in charge might have had the good senses to alter this glaring mistake.

They haven't and so for now this video is ruined. 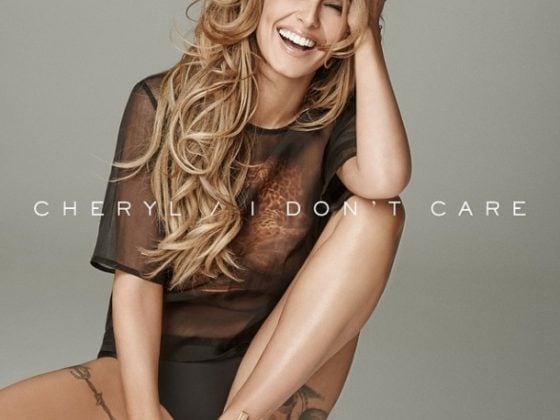 Cheryl's 'I Don't Care' will 'premiere' tomorrow at 8am 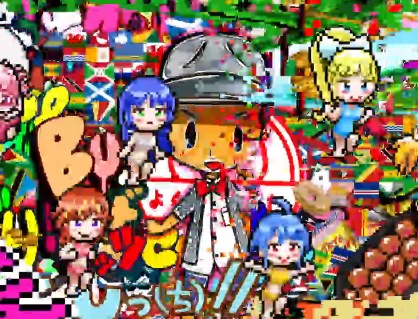