It was alright when, quite recently, Sophie Ellis-Bextor decided to release a song called 'Starlight'.

"That's a nice name for a song," everyone thought. "Starlight suggests a soph­ist­ic­ated romantic scene perfectly in tune with Sophie Ellis-Bextor's adult pop thing, so it makes sense in this context."

In fact, 'Starlight' was even bearable when New Wave Of Pop Mediocrity mainstays Wonderland also decided that it would be a good title for a single.

"That's not a wholly original name for a 2011 pop single release," everyone thought. "But starlight conjures an image of the kind of clichéd 'perfect evening under the stars perhaps as part of a holiday romance' one would probably come up with if one were, for the sake of argument, shut in a room strug­gling to come up with gen­er­ic­ally appealing themes and reference points for a new womanband being pitched as Bellefire Without The Fire, so it makes sense in this context."

But now we have 'Starlight' by uncon­vin­cing Australian alt (pop) 'band' Tonight Alive.

THIS IS TOO MUCH.

We will say this now and we will say this once. If you are an artist working in the field of popular music you offi­cially have until the end of this month to announce any and all singles by the name of 'Starlight'. You've got until the end of August to release them. If you have not announced your single by the end of this month and/or released it by the end of next month, we regret to inform you that your song must be com­pletely scrapped. Thank you for listening. 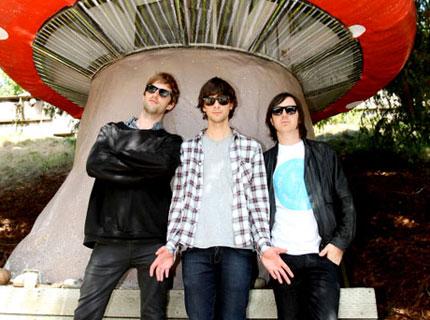 Beyoncé thinks she is a mermaid