Congratulations to Little Mix! A com­bin­a­tion of 'Touch', sixty judges and a large amount of booze means that the band's prize of twenty quid (cash) will be on its way to Kensington High Street later today.

How did it all happen?

…went head to head. In most rounds two songs were picked at random, their relative merits were 'debated', it then went to a vote and, finally, the losing song went out. We do this at every year's Twenty Quid judging — it's unfair, unpre­dict­able and basically very funny.

Judges had each received a special (not very special) judging pack. 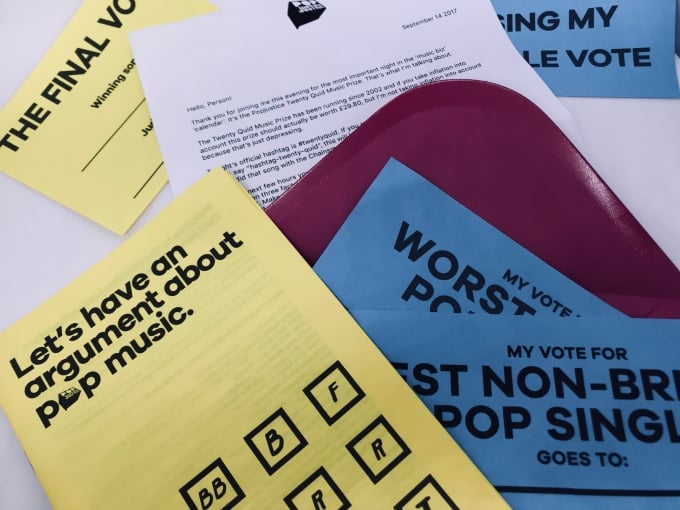 Each table of judges was also named after a former Twenty Quid winner, which was supposed to be a sig­ni­fic­ant element in terms of how one of the rounds would work, but we forgot to do that in the end. 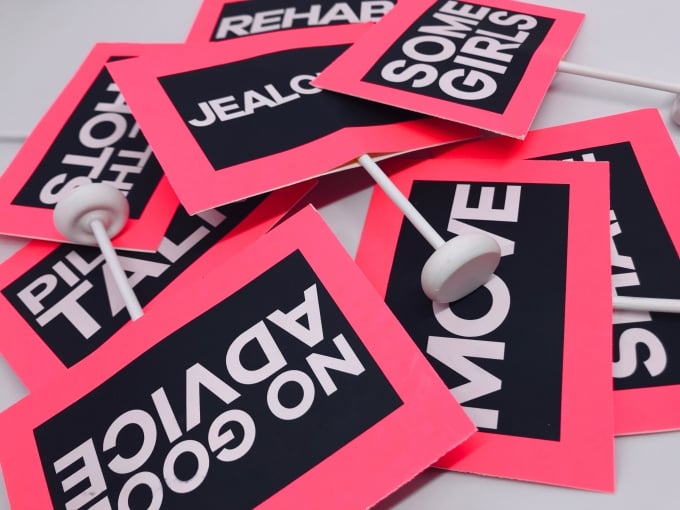 Also, for the first time, each short­l­is­ted song was rep­res­en­ted in real life by a t‑shirt-wearing judge whose job it was to speak up when needed.

Taking one for the team or a tangible visual of my self loathing? #twentyquid pic.twitter.com/yezYdziPlq

The first step was for the judges to vote for the last year's worst British pop single (a good way to provide context for the rest of the night) and, as is tra­di­tional at the Twenty Quid prize night, to boot off one short­l­is­ted song without any debate or discussion.

Moving on, in last night's second round the randomly selected pair of songs presented a very early upset.

Touch versus Rockabye. This is going to get heated #twentyquid

(Earlier this week, each of the judges submitted their favourite song in a secret email poll — in that poll both 'Touch' and 'Rockabye' were really popular choices, so there was a lot of shouting when it turned out one of them would go out early.)

As the evening continued we discussed pop from almost every angle…

…although some criteria seemed more valid than others.

Someone said they look for "fista­bil­ity" in a pop song. Same #TwentyQuid

To organise our thoughts, pros and cons were listed on massive sheets of high quality foam board. 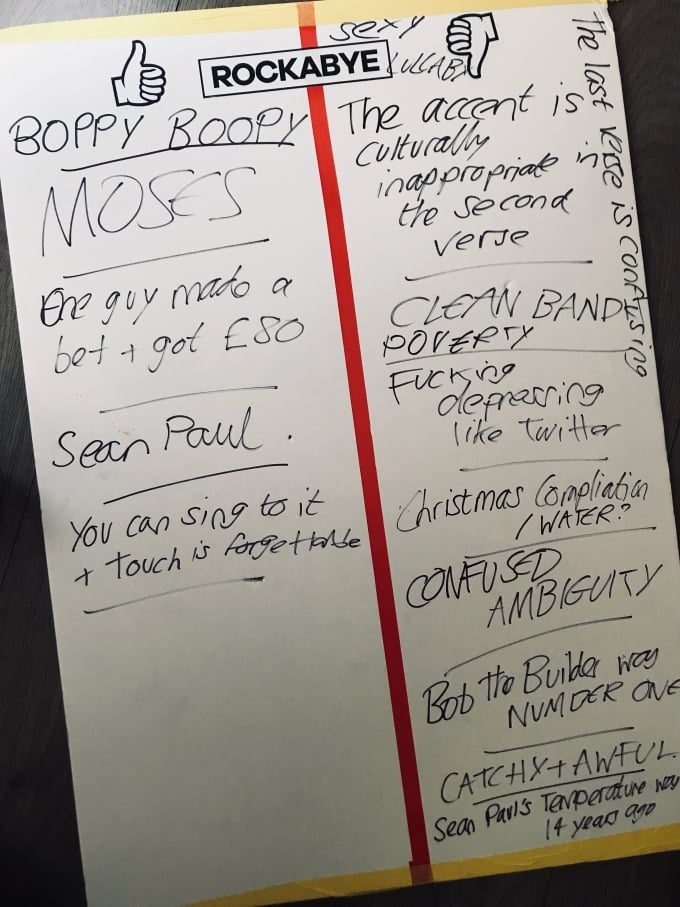 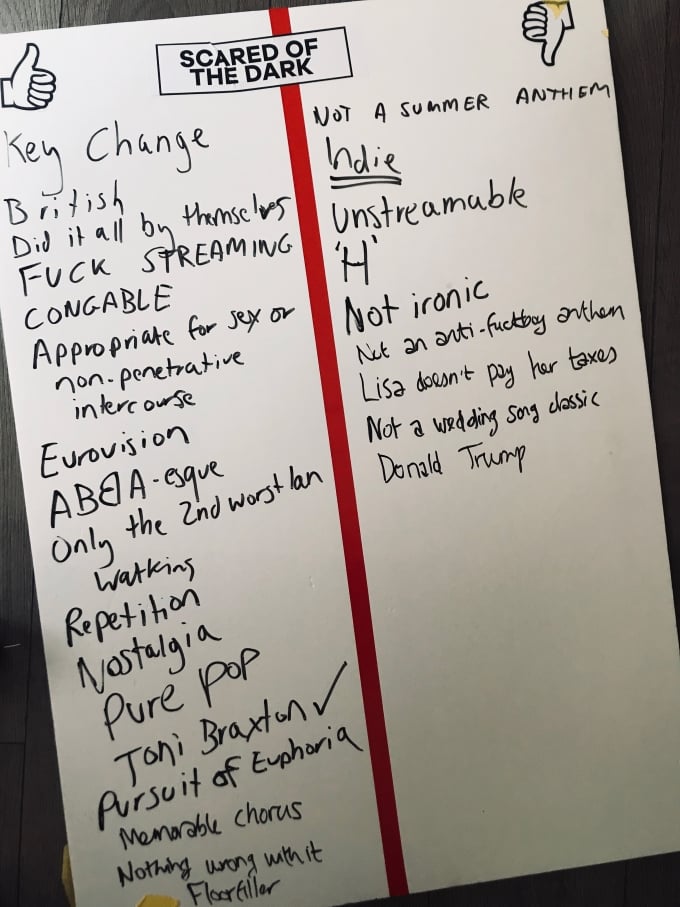 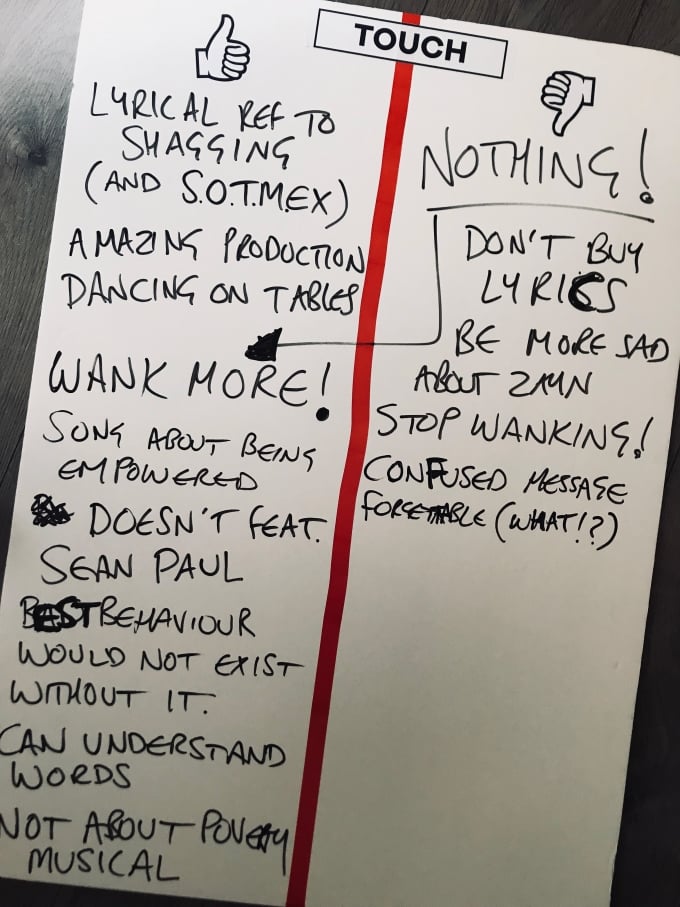 During the course of the evening, judges also found a winner for the inaugural Carly Rae Jepsen International Pop Single Of The Year award, the year's best non-British pop single. Judges were asked to choose one of the three most popular songs from an earlier open poll.

At one point, the room was split into three sections using hazard tape due to a poorly-thought-through 'mechanic'.

There was also a moment when one portion of the room decided to stage a coup and campaign for the last-minute inclusion of Dua Lipa's 'New Rules', which let's face it should have been on the shortlist but there we go.

Controversy where Niall Vs Disciples is inter­rup­ted by a desire for a "write in" for Dualipa. #twentyquid pic.twitter.com/IMxVBClLyd

This whole debacle was overruled because the Twenty Quid Music Prize is no place for anarchy. The good news is that Dua Lipa is a talented artist with a long career, and plenty of future Twenty Quid nom­in­a­tions, ahead of her.

One by one songs fell away from the shortlist, leading to an extremely lively three chair challenge segment best described, in the cold light of day, as total carnage. But it brought us to the final vote.

The end is nigh! Steps vs Little Mix. Results incoming.… #TwentyQuid pic.twitter.com/JU0bh8PJwm

Little Mix won by a sig­ni­fic­ant margin, loads of confetti cannons went off, some people cheered, and the evening came to an end. It was a good result for Little Mix, of course, but most people seemed to agree that second place for Steps was, in 2017, something of a victory in itself.

WHAT A SONG to come in second place to! Well done @LittleMix and thanks to those cheering on #ScaredOfTheDark 💃 #20QuidMusicPrize

THANK YOU VERY VERY MUCH to all the judges who came along last night and made the event such a brilliant shambles, and well done to Little Mix. But also well done to everyone who was on the shortlist — even Ed Sheeran — because they all made great singles. And great singles is what pop's all about, really, isn't it? 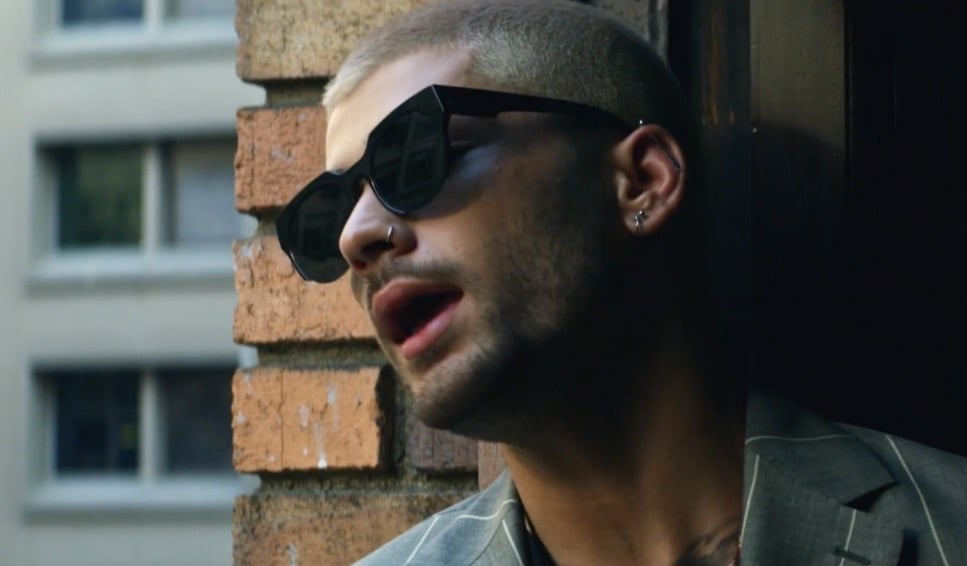 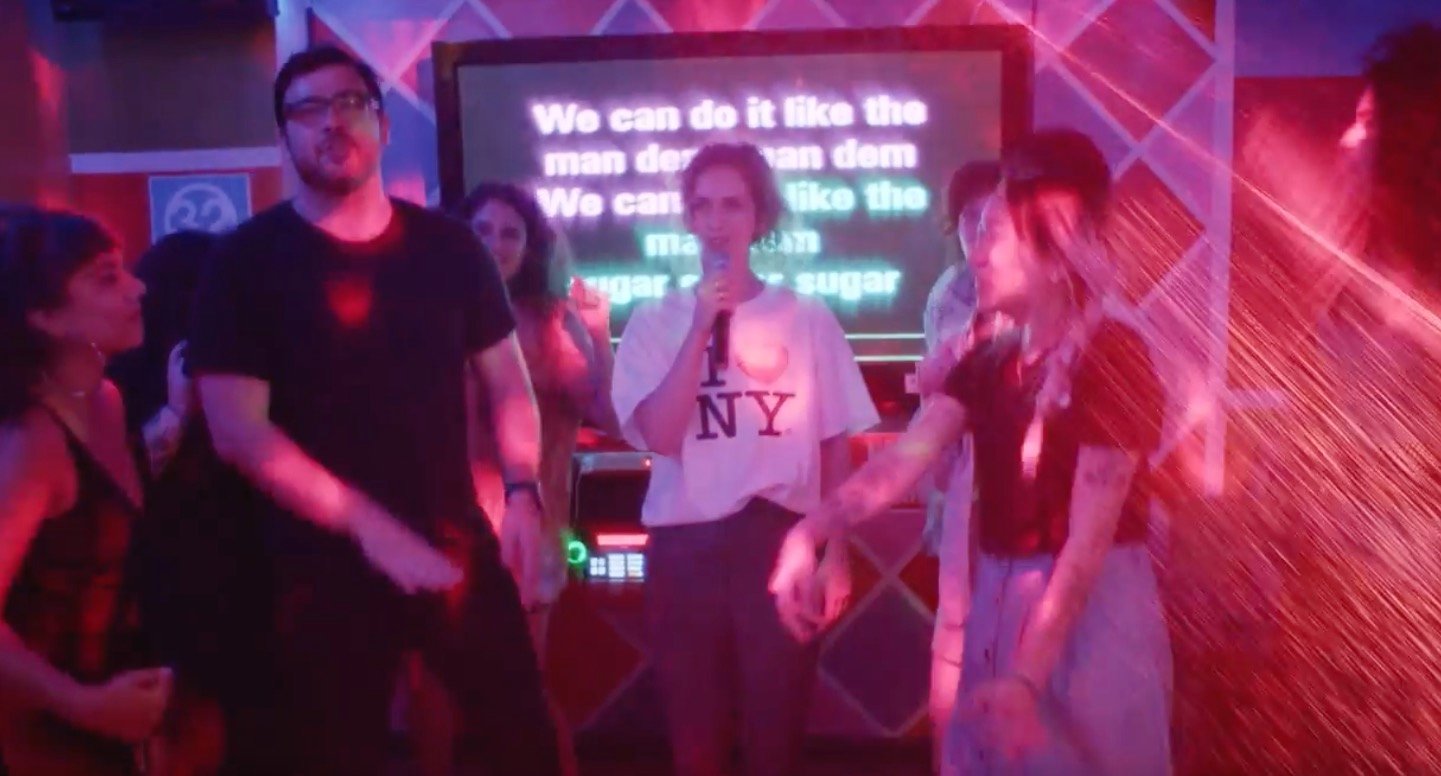