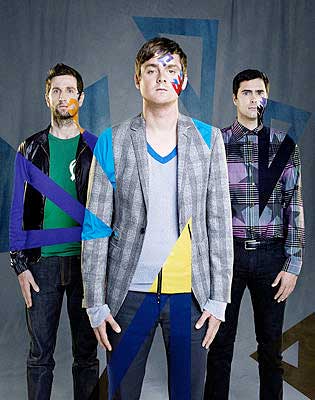 The two collide on CSS's new mix of Keane's 'The Lovers Are Losing', which Keane have said we are allowed to give away to you as a zero-pence MP3.

Here is the link.

We asked Keane's people if the band wanted any sort of link back to their site in exchange for chucking this song out into cyber­space. "No links needed really," was the reply. "Just wanted to thank everyone for helping make Keane Number One!"

You don't very often come across that level of polite­ness in this day and age.

What do you think the next two singles from the Pink album will be?